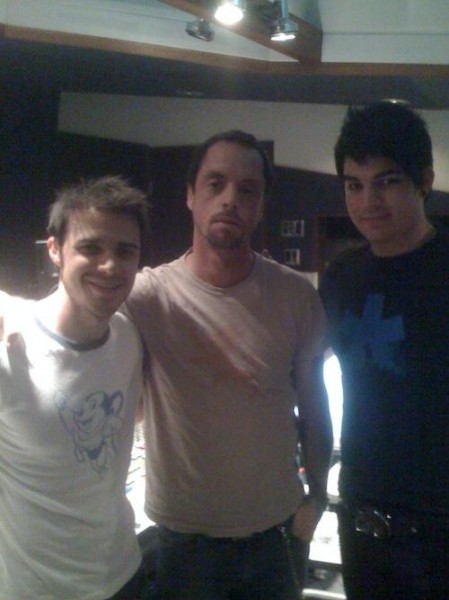 This week we are speaking with Dennis Duncan. His name not ring a bell? Well, it might not be a house hold name like Elvis but you can bet your bottom dollar he has lived the life and he recently sat down to write about some of his experiences and maybe help out a few future American Idol contestants or two and a few  future rock stars. Well, to give you some back ground on him. He was born in Henderson Kentucky…not much there but you got to start somewhere… Dennis started singing and playing drums early on in life and stating playing shows while still in Jr. High.  He wrote a few songs and recorded them with another fellow from Henderson, released it and sold them all out in just about a week and before long… He was on his way to Los Angles. Not because of the limited but sold out sales of the before mentioned release but because he was on a mission…He had a dream

But let’s let him tell it in his own words.

1.Hello Dennis. Welcome to Kickacts. Tell our readers a little bit about yourself.

I’m from Kentucky.  I still have many friends from there.  You being one of them.  In fact, you and I teamed up for the MTV “basement tapes” and I actually forgot that we had done that.  I SUCK that I didn’t recall that prior to sending in the edited version of the book.  I would have included it.  We would have been either famous by now or we would have shown that we are washed up!
Any way, this is a book about a path that many can take to stardom.  A path that could be Idol or one that may be through the clubs.  Many may think Idol is BS.  However, I think you,the reader, will agree, that it is a platform for success.  Back in the day, when we were mullet wearing idiots, we would have killed for this opp.  Much like the MTV basement tapes exposure that we never got.  SO, I want to share with your readers that Idol is not for the “Sell Outs”. It is for the “Sell INS”.  It is the platform for being discovered.   It is all that you and I desired

2.No harm no foul on omitting me, but I thought we made a hell of a team back in the day. But me having kids sort of sideswiped my “career” …But back to the questions…Your hard work and determination worked. Without giving away too much of what is in your book. You actually got signed to a major recording label . A deal bigger than Guns and Roses deal at the time right?

Well yeah.  I guess you could look at it like that.  I know Vicky Hamilton. She was the original manager of Guns.  She told me that when the label signed them that they new that either these guys were going to be the biggest band ever or the biggest flop.  According to her, at the time they were completely out of control; difficult to get in to the recording studio, always late, just total screw ups.  But to answer your question our deal was bigger than theirs from what I was told.  But that really doesn’t mean anything.  That is just hype.   See the reason being that if a label signs your band for 100K you are better off anyway.  Less money to recoup to the label and more of an upside for the label and band.  If they label gets some sales on the record it is easy to recoup that 100K in short order and they are more likely to put the profits back in to promotion and marketing.  In the book I break down exactly how our deal was structured and where all that money went. Our total deal, over the life of the deal, would have been upwards of 7-Million dollars in advances without the escalations.  But, even though the premise of the book is about Idol I thought it was important to share with the reader how these deals work and my first hand experience of actually getting a “Deal”.  The deals now days are much different than back then.  So, yes, as far as the dollar amount, we were signed to a much bigger deal than Guns.  I’d rather switch places with any of those guys.  In fact, I almost did.

3.Can you explain how you “almost did” switch places? With which member?

Well, i go in to detail in the book in depth but, essentially, I was contact by Slash and Duff from Guns N Roses to audition for their then new unnamed band.  I wrote 3 songs with them and they flew me out.  Let’s just say the gig was mine until a certain person got out of jail.  I saw it all go down on TV was disheartened to say the least.

4.How did your stint on American Idol come about?

I was working on a Christian Project called the Red Letters Project.  We took the red letters from the book of Matthew and put them to rock music.  It was a 40 song triple cd set.  I was living in LA at the time and I was looking for someone to mix the project.  I was put in contact with Brad Gilderman who worked with Motley Crue, Madonna, among others.  I eventually hired him to mix the compilation.  We became good friends during the process.  Around the time the Red Letters Project was wrapping up he got a call from 19 Management to join the Idol team.  He worked on the show season 5 and then brought me on board for season 6.  So, I just kind of fell in to it, if you will.  We worked well together and he trusted my musical insight greatly.  We made a good team and we are alike in many ways.  Part of working with someone is that if you can have some fun at the same time then the job is more enjoyable.  Brad and I had a lot of fun working together and still do to this day.

5. Your new book covers a lot of bases. For the person wishing to audition for American Idol, it’s in there . For the person that is wanting to try their hand at being a professional musician, it’s in there. For the casual person that just watches “AI” and is just interested in the  “behind the scenes” of American Idol that’s not shown on TV, its in there too..
How can our readers contact you and get their hands on your book?

The initial run will be in e-book format only via Amazon and Barnes and Noble.  The book industry has already seen a tremendous swing in how people purchase and read books.  The book industry is following in the footsteps of how music is now distributed and listened to: remotely and on hand held devices.  For me it is just the right way to do it.  I know some people may still enjoy holding a book in their hand and reading it.  I do as well.  However, I’d rather be on the cutting edge than have to deal with publishers and all the red tape.  I’m not really in to working with “the man” if you will.  It seems so archaic to me.  So e-book format is a good fit for any entrepreneur trying to get their book out to a wide audience.   And, aside from the time put in to writing the book, the e-book avenue is much quicker.  I’ve truly learned a lot by writing the book, formatting the book and getting it up on line.  It’s a pretty interesting process.  I look forward to writing my next book soon.

My Idol Time | Behind The Scenes Of America’s #1 TV Show.
Click on the book image to go to Amazon to order the book!

Forward along to some friends.  I would appreciate it!
American Idol was a great show to work on.  One of the highlights of my career.  Now you can learn how I came to work on the show and also insight to many of the contestants.  This book isn’t just for the musically inclined.  It is also for the budding entrepreneur.  I hope you enjoy.
Also, we’ll be giving consultations in various cities to help prepare would be contestants to help them improve their odds of getting on the show. The event below is what is scheduled for St. Louis and we are currently scheduling events in other cities…in case ya’ll know of anyone that wants insight on how to increase their chances to get on the show….
Dennis
http://myidoltimestlouis.eventbrite.com

And check out this great music that Dennis has made with over the years!!