The deceased vocalist from “Alice In Chains”. In an interview he did a few months before he died he was quoting as saying…

“I know I’m near death, I did crack and heroin for years. I never wanted to end my life this way.”

“I’m not using drugs to get high like many people think. I know I made a big mistake when I started using this shit. It’s a very difficult thing to explain. My liver is not functioning, and I’m throwing up all the time and shitting my pants. The pain is more than you can handle. It’s the worst pain in the world. Dope sick hurts the entire body.”

And from Wikipedia about his drug related death.. 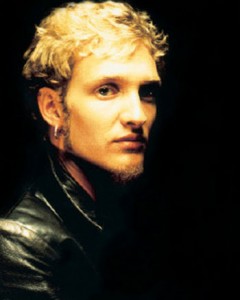 On April 19, 2002, Staley’s accountants contacted Staley’s mother Nancy McCallum and informed her that no money had been withdrawn from the singer’s bank account in two weeks. McCallum then placed a call with 911 to say “she hadn’t heard from… [Staley] in about two weeks.”[33] The police went with McCallum and her husband to Staley’s home, where Staley was found dead.[8] As reported by Rick Anderson of the Seattle Weekly, his body, needle in arm, was surrounded by various drug possessions and paraphernalia: Staley’s mother asked police if she could move things off of the couch and spoke to the remains of Staley. “When police kicked in the door to Layne Staley’s University District apartment on April 20, there, on a couch, lit by a flickering TV, next to several spray-paint cans on the floor, not far from a small stash of cocaine, near two crack pipes on the coffee table, reposed the remains of the rock musician.” The article also stated that the 6’1″ Staley weighed just 86 pounds when his body was discovered.[34] The autopsy report later concluded that Staley had died after injecting a mixture of heroin and cocaine known as a “speedball“.

Staley’s body went undiscovered for two weeks before the police arrived at his home.