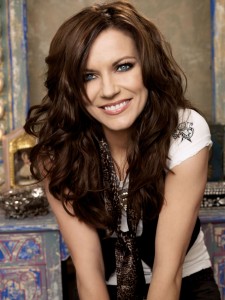 HENDERSON, Ky. — Because of the free concert featuring country star Martina McBride that Independence Bank is hosting at its new location at Center and Green streets, a portion of Green Street will be closed for much of this Saturday.
The Kentucky Transportation Cabinet has issued a permit allowing the closure.
Green Street will be closed from Washington to Second streets at 2 p.m. Saturday. It will reopen at 10 p.m.
All through traffic on U.S. 60 and U.S. 41-Alternate should detour using the Pennyrile Parkway and the Kentucky 425/South Bypass.
Local passenger vehicle traffic should avoid this area and detour using other routes such as Main Street.
Truck traffic should detour using state routes such as the U.S. 41-Bypass, Pennyrile Parkway, Kentucky 425/South Bypass, Kentucky 136/Sand Lane or Second Street/Kentucky 351.
The Transportation Cabinet urged motorists to use particular caution near the concert site because of greatly increased pedestrian traffic that day. Estimates of Saturday night’s crowd ranges from 10,000 to 20,000 people.
The concert, which will also feature country singer Jack Ingram, will take place from 6 to 9 p.m. Saturday.
The stage will be set up in the parking lot in front of the bank building’s clock tower, facing north.
Independence Bank customers will be allowed seating in a fenced-off VIP area on the bank’s parking on the Center Street side of the building; on a half-block of Green Street near Center Street; and on Center Street near the bank. Special event ID cards will be required for admittance to those areas, which bank customers can received at any Independence Bank location.
Attendees are urged to bring bag chairs for seating. 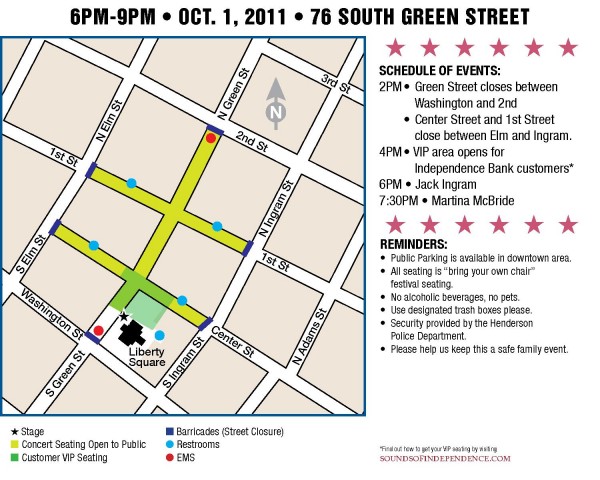