On May 20 and May 21, 1985, 40 artists from the metal community gathered at A&M Records Studios in Hollywood, California to participate in the making of a record called “Stars” as a part of a very special fundraising project spearheaded by Ronnie James Dio known as HEAR ‘N AID. The “Stars” single and a video documentary on the making of the record was used to raise money for famine relief efforts in Africa and around the world. These 40 artists — including members of MÖTLEY CRÜE, JUDAS PRIEST, IRON MAIDEN, QUIET RIOT, TWISTED SISTER, BLUE ÖYSTER CULT and even SPINAL TAP — along with hundreds of other volunteers, donated their time and talent over four months to make HEAR ‘N AID a reality. “Stars” was a plea for unity in the fight against world hunger.

Due to contract differences with the labels, the “Stars” song and album weren’t released until New Year’s Day, 1986, and were only ever made available on vinyl and cassette. But Ronnie‘s widow/manager Wendy Dio wants to fix that. “I’m going to re-release [‘Stars’]. So it’ll come out on DVD and CD,” she tells RollingStone.com. “I have loads of outtakes for the video.”

The Ronnie James Dio Stand Up And Shout Cancer Fund, founded last year in memory of the world-renowned voice of DIO, BLACK SABBATH and HEAVEN & HELL, will host its first Awards Gala today (Tuesday, November 1) at the world-famous Playboy Mansion in Holmby Hills, California. Awards will be presented to six distinguished honorees for their contributions to spreading awareness of Fund’s important work.

According to Wendy, there will also be a bowling benefit January 31 and a guitar auction in April featuring over 100 donated guitars. Also in the works is a Ronnie James Dio tribute album, which will include artists ranging from Dave Grohl, doing “Mob Rules”, to ASIA lead singer John Payne. The double-disc release will also include contributions from Rob Halford and Glenn Hughes, as well as younger bands, such as KILLSWITCH ENGAGE, who were influenced by Dio. 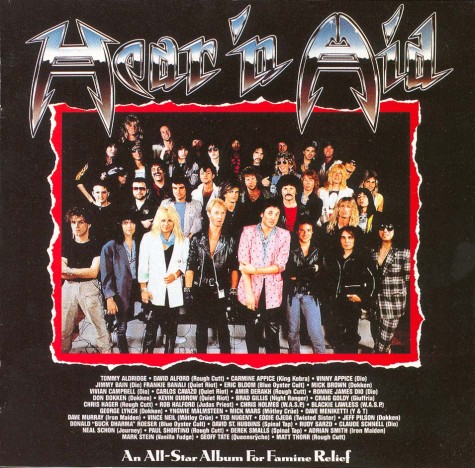 The article can be reproduced in its original form and in its entirety on your site with a link added back to this original site www.kickacts.com…  If you would like to modify or to use only a portion of the article please contact chuck at chuck@kickacts.com to ask to modify the article.