Anyone that grew up during the 70’s knew Smoking Joe Frazier, along with Howard Cosell and Muhammad Ali. The icon’s of the seventies were so much different than today, they were legendary and one by one we slowly lose them… 🙁 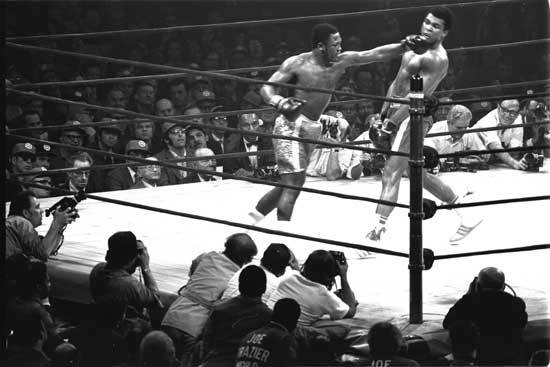 Muhammad Ali drew the crowds, charmed the media and stole the show. But while Ali is deservedly remembered as “The Greatest,” it was Joe Frazier who defined what being a fighter was truly about.

Frazier, who died Monday in his Philadelphia home after a fight with liver cancer, is inextricably linked in boxing history with Ali.

They competed in two of the most sensational bouts of all-time and defined an era with their fearsome rivalry.

Ali had nearly all of the physical advantages, but in the fight that remains the most significant in the sport’s history, it was Frazier who threw perhaps the perfect left hook to knock down Ali in the 15th round, punctuating a victory on March 8, 1971, in what will forever be remembered as “The Fight of the Century.”