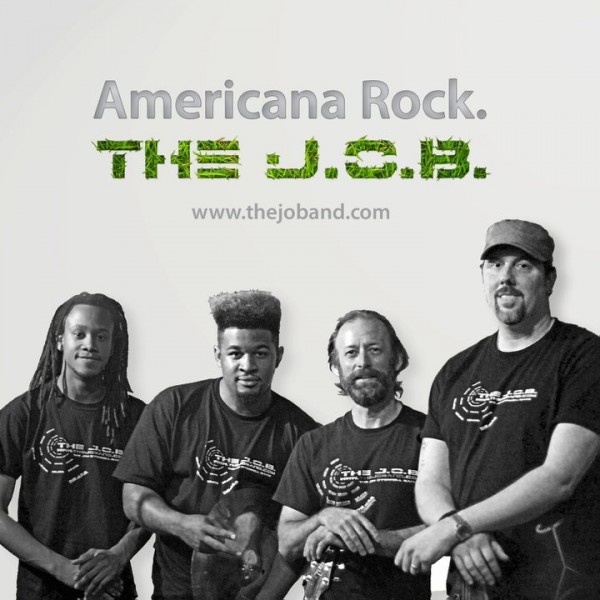 I’m Jim O’Ferrell and I am one fourth of The J.O.B. (The Jim O’Ferrell Band), an original modern rock band. I’ve been a solo singer-songwriter most of my life. I wrote a lot of songs during my free time while I was deployed as an Infantryman in Iraq. When I got home from the war and left the Army in April 2008, I teamed up with my buddy Jason Crawford, who crafts awesome guitar leads. We started the band initially as a way to explore the songs I put together while I was overseas. The project evolved from there and now we’re working on our fourth album. Our official website is at www.thejoband.com.  Also, you can visit us on Facebook at https://www.facebook.com/pages/The-JOB-The-Jim-OFerrell-Band/62691966261.

All four of us in the band have very different music backgrounds. I came up as a kid listening to everything from Creedence Clearwater Revival to Led Zepplin. I went thru the 1990s listening to Pearl Jam, Nirvana, and Metallica. Right now, I have Tool, Opeth, and Foo Fighters in my car stereo. As a lyricist, I actually am more influenced by writers. When I hit a creative wall, I set the guitar down for a little while and read work by Dylan Thomas, Walt Whitman, and other authors to get my brain working. As a guitarist, Jimmy Page and David Gilmore are two guys I admire and I’d like to have coffee with. The other guys in the band would each have very different answers. It’s that difference in our individual music histories that gives our band its own sound, its own identity.

Follow your heart. I was ‘just getting started’ for 20 years. It took me a long time to figure out what I really wanted to do with music. It really is a journey. I would say to explore music; writing, performing, all of it. And don’t be in a rush. My advice as a fortune cookie would be, “Don’t spend so much time trying to play the music you think someone else wants to hear that you forget to pursue the music that is inside you.”

It’s hard to pick one out. We’ve performed live on television a couple of times and that was a blast. We were featured rockin’ out in a Virginia Lottery TV commercial last year, too. That was a cool experience. We’ve traveled a bit and played a lot of great shows. We’ve had some extraordinary moments and played some awesome venues. And we’ve played in showcases that were real loose and just short of a disaster. Even those, you learn from. We give 100% every time we play and when an audience feeds that back to you, that’s a great gig story.

Like any band that’s been on the road, we’ve played a few houses with empty bar stools. That can be a buzz kill, but it happens when you’re traveling. All you can do is make the most of it and jam the hell out of your set list for the few folks that are there. It’s all a part of the lifestyle. Don’t sweat it and have fun.

The band is my full time gig, so when I’m not jamming, I’m handling the business end of it; promotion, marketing, booking, media kit production, contacting radio stations… all the behind the scenes stuff. When I take a break from it, I paint with acrylics and canvas… fine art kind of stuff. My terrible paintings decorate our band house. When I really need to cut loose, I tear up the highways on my motorcycle. There are very few things as exhilarating as flying down a dark empty interstate at midnight crouched 24 inches from the road on two wheels at 140 miles per hour.

If all I considered were the spoon fed offerings of commercial radio and major labels, the music scene would seem pretty superficial and manufactured. But the arena is much bigger than that. For every cookie cutter over produced corporate backed artist, there is a White Stripes, or Saul Williams, or Opeth exploring new areas. There are some great inspiring artists out there making it work. As a band, the internet allows us to project our music to a global audience. It’s cool as hell when I get a merch order for t-shirts and CDs from fans in Taiwan, or Scotland, or even Texas or Florida. That means they’re listening to us and they like what they hear. The live gigging scene can be muddy, but what you get from it equals what you put into it. It’s survival of the fittest, like anything else. The better gigs and better venues are there for the bands that write good songs, put in the serious time and effort, and play good music.

Our bass player, Justin Poroszok, is also a gifted cartoonist and Comic Con enthusiast; Jason Crawford, our lead guitarist, is an award winning graphic artist and also has his own very cool electronic/noise solo music project called ‘In Nomine Mortui’; our drummer, Antonio James Jr, plays drums with gospel groups on Sundays, and I was once an Instructor at the US Army Ranger School. 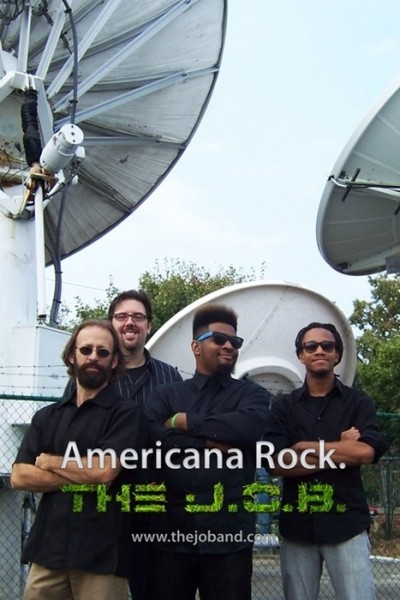 There are only 12 notes in western music. That’s all there have ever been. The art of music is seeing what you can do with those 12 notes that is fresh, exciting, and relevant. We have two new songs out, ‘Messenger’ and ‘Nowhere’, and we’re in the studio working on more. These songs are the latest example of what we do with those 12 notes. Both are on our official website at www.thejoband.com. Please give them a listen. If you dig what we’re doing, please pass the word.  – Jim O’Ferrell, The J.O.B. (The Jim O’Ferrell Band)