Our first record label album, “Simple Good” was released in 2010 and we started gigging and touring to support it.  We play our own style of music that’s really different than what’s been done before.  Because it couldn’t be described like anything else, people just started calling it “Free Expression” music.  “Simple Good” got nominated for 3 Los Angeles Music Awards and next thing we knew we were invited to 2 showcases during SXSW.  As we kept playing and kept putting our all into our songs and performances, we started getting invited to play for bigger and bigger clubs and open for bigger and bigger acts.  “Free Expression” music is starting to take off in the Bay Area right now so there’s a real kinetic energy around fREEX right now. 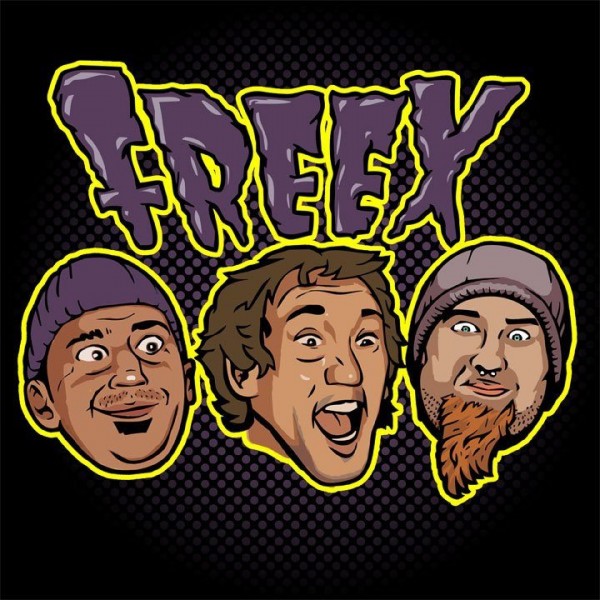 Joe Strummer, Bob Marley, Dead Kennedys, Sly & The Family Stone, Prince, Kurt Cobain and Nirvana.  All of these acts are innovators of music.  They’re all driven by passion.  They aren’t people who are influenced by trends.

We love every single gig we play.  Of course, it’s nice to walk in where your name is on the marquee versus no one knows who you are and the band’s name isn’t even on the flyer.  It’s nice to play in front of 2000 people versus two people at the bar. But once we start playing, everything else goes away.  We’ve always put as much into every show that we possibly can.

Bad shows only happen if you let it.  We’ve had bad PA’s, bad sound, barely

functional backline instruments, and zero crowd but we don’t let it bother us.  We just find another way to make the show fun for us.  We are musicians, we live to play music.  Ask a fisherman if there’s ever a bad day fishing, his answer will be “no!”

California surfs a lot, is a blackbelt in karate and actually is a criminal defense

Attorney during the day where he works on really heavy cases.  Jeff is an artist as well as a musician and he draws a lot and sells his drawings at the fREEX shows.

Ivan is actually a great singer.  He made Top 44 on Season 4 of American Idol.  He got to go to Hollywood.  Carrie Underwood won that year though.  Ivan loves to karaoke a lot.

The music scene out here is just starting to crack.  We’re starting to play with lots of other bands that play a “Free Expression” style of music and everyone is really cool with lots of loves and no egos.  We’re all out there creating music that is bold in its originality and putting on shows that are based on artistic expression and unconditional love instead of trying to be “metal” or “punk” or the oh-so-cool “rap.”

We’re all actually really freaks, it’s not just a name for us.  If you met us all in person, there’s no way we would fit in to a normal crowd.  And this isn’t because we’re trying to be different.  I know our style of music now is starting to catch on and be accepted but to us, it’s always been just normal music.  We thought we were doing what everyone else was doing.  It was only after every record label, producer, and mainstream radio kept rejecting us because the music was so different that we finally got it, “oh, we’re just a bunch of freaks who don’t fit in anywhere else.”

I’ve grown up a fan of rap and I’m happy to see that it has become the dominant form of music, fashion, and even culture today but it too has started to become a parody of itself.  Rappers openly rap along to their recorded songs during live performances.  They don’t even try to fool people about their lip-syncing!  Also, how many years can an art form sustain itself where the main thrust of the music is boasting about how great they are?  They’re saying words into a microphone!  How does that make someone great?

Today’s pop music, which is mostly rap, is the musical equivalent of fast food.  The music is composed quickly and easily on computers by the producers and the so-called “artists,” the rappers, with very little exception have nothing to do with it.  As for the music itself, while fREEX relies on simplicity and repetition too, it’s like someone discovered a formula to make catchy music and the rap industry has been exploiting and exploiting that same formula for over a decade now.  There’s no soul behind the music, just stale formulaic sounds.  Where’s the Marvin Gaye of today?  Where is the Sam Cooke of today?  Where’s the Soul Music of today? I’m tired of ego in music.  I’m tired of misogyny.  I’m tired of materialism

at the expense of spirituality.  I’m also tired of negativity and defeatism in general and I’m looking at you, Punk rock!  We get it, you don’t like your parents. You don’t like political and religious institutions.  What would you do? How would you do it?  That’s why I love playing Free Expression music that’s designed to released the “X” factor that’s inside all of us! 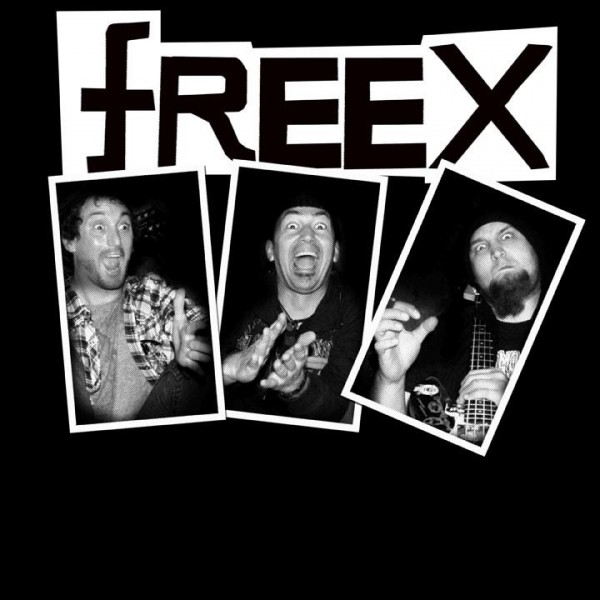