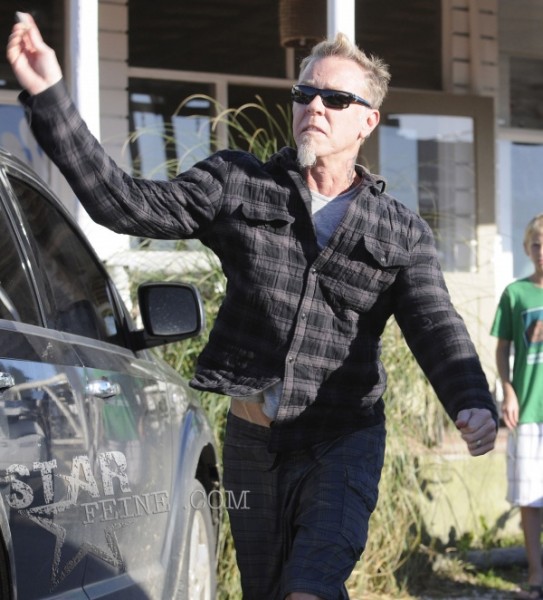 While vacationing in Punta del Este, Uruguay for Christmas, Metallica’s frontman James Hetfield got annoyed and confronted a few photographers.

The rocker was spotted taking a moped ride with his son Castor in the countryside of Punta Del Este and the paparazzi would not leave him alone, so he took it upon himself to try and stop them. James confronted a few and even threw some rocks at some out of frustration.

We understand hes a hardcore rocker, and was annoyed by the paps, but he shouldn’t be throwing stones at them. Paparazzi have to feed their families too.