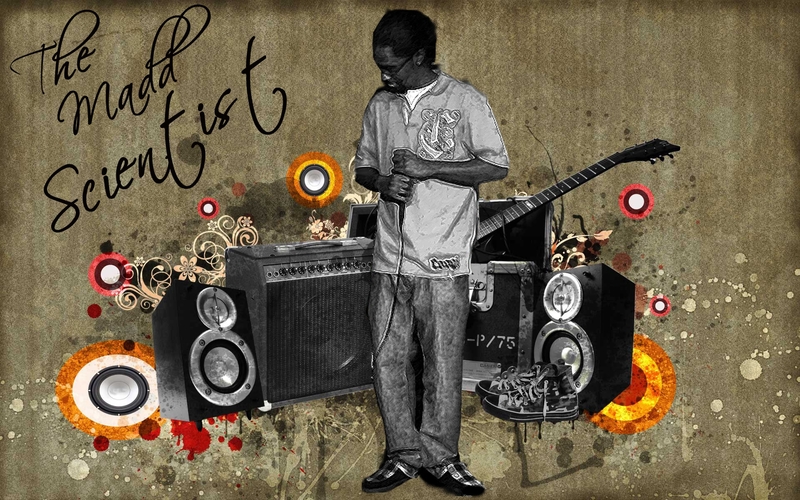 My name is Tha Madd Scientist. I am a beatmaker, producer, artist and songwriter. I reside in Oklahoma City Ok. I’ve been recording for a while but I just released my first mixtape in early 2011. I can be found on www.reverbnation.com/ThaMaddScientist. I can also be found on www.twitter.com/maddscientist_3 and www.facebook.com/MichaelAndersonMaddScientist

Michael Jackson is the top musical hero for me. He made timeless music and surpassed all of his peers with unparalleled creativity. He also made ridiculous money!

I would advise any newcomer to first get your music copywritten. Secondly, learn as much about music business as possible. Thirdly, be sure the people you surround yourself with have your best interest in mind. The music business is primarily based on exploitation so position yourself to where you don’t lose in the long run.

My greatest gigs are the ones I dream about in my sleep.

I don’t feel like I have a worst gig story. Although most of my shows have been for promotion which is a strain financially I feel every show should be taken advantage of to gain new followers and connections.

I love to read, exercise, and watch TV shows about nature, history and travelling.(If that’s considered a hobby).

I think in OKC we are moving in a positive direction. There are more local artists being played on the radio and doing shows. I would definitely like to see a lot more artists make it to the next level. I’m confident that is coming in the near future.

Wasn’t Mary Ann the smart one? If so that’s the one that will keep us alive!

To all those who don’t know who Tha Madd Scientist is check out my music on www.reverbnation.com/ThaMaddScientist. My mixtape is available on the site. Please join my mailing list and don’t be shy, I am down to earth and love hearing from my fans and just people in general.