As first published in the Green Gazette 🙂 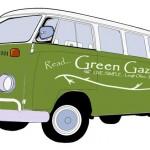 Owensboro (GG) – Stephen Sondheim is a sadist. That he is a talented-as-all-get-out artist and is considered one of the true giants of theatre is a given, but if you have ever tried to tackle any of his work, you know what I mean. His work is considered to be some of the finest theatre of the modern age but, make no mistake… It is HARD stuff to pull off.

So, when Theatre Workshop of Owensboro announced that they were going to stage this production, quite a few, including this reviewer, worried that it was just too darn hard for a community theatre, even a good one, to produce. In a nutshell, we were wrong.

TWO has some incredibly talented people within her ranks, plenty of them, but doing Sweeney justice requires more than talent. It takes some top-shelf vocal CHOPS to get it done.

Quite a few TWO regulars were among the cast. First, Thad Mayhugh as Sweeney was fantastic. Anyone who is familiar with Thad’s work would expect him to do a wonderful job, and he did. He is a very talented vocalist and as fine an actor as you will ever find in community theatre. He really should be a well-paid professional actor somewhere. He is the Education Coordinator at TWO and they are extremely lucky to have him.

Lynn Roberson as Mrs. Lovett was alternately charming and diabolical in her role. Her real-life husband David was vocal coach and played Pirelli. The Robersons each performed all of their roles very well and I was particularly amazed at David’s vocal range in the impossibly demanding Pirelli role.
The balance of the regulars, particularly the veteran actors also did excellent work. George Fleming as Judge Turpin was wonderful, his duets with Sweeney were as good as it gets on any stage, at any level, anywhere. Period.

Josh San Miguel and Jeremy Scoggins were both perfectly cast as young Tobias and the despicable Beadle Bamford. Those who held down the considerable work of the Company also rose to the occasion in fine fashion. As I stated before, the vocal skills required to sing this score cannot be overstated and they did an outstanding job.

The orchestra in a production like this is always faced with a tall order. There is never enough rehearsal time and even finding the musicians to perform in a show like this can be a demanding task. All in all, they complimented the cast well.

Fans of TWO should already be aware of Fred Eiras and his previous work as a set designer/builder and he did not disappoint with Sweeney. This was a magical set and it definitely transported the audience into Sweeney’s grisly world.

Lastly, I want to acknowledge the best part of the production for me. There were 3 totally unexpected ‘finds’ in this show. First is a newbie for TWO in Grant Shepherd. He was an ideal Anthony. He is young and was unknown to TWO prior to auditioning, but he stepped into Anthony’s shoes and filled them well. He will most certainly be welcomed back. Lauren Brown Calhoun (Beggar Woman-Lucy) is no stranger to the stage but has been understandably devoting more time as Mom to her young children than gracing a stage somewhere with her amazing voice. I hope the rest of the cast will not be offended, certainly no offense is meant… but, to hear the sheer quality of her incredible voice rise up, out of an otherwise very fine company, and really shine was an unexpected and absolute joy.

Speaking of unexpected and absolute joys… I have known Emily King, who played Johanna, for several years. She’s a good friend. I have known her to be a fine actress and have seen her in several productions. I had no idea however, she had such a wonderful voice. During the opening night performance, as the entire cast was hitting their marks so well and Stephen Sondheim’s Sweeney Todd was taking shape on the TWO Opryhouse stage… I was no longer being drawn in by the show, I was now all the way IN… Then, Miss King’s hidden voice was unwrapped like a gift hidden for far too long under the Christmas Tree and took the entire show to another level. Not bad for a show where the were killing people all over the place. Sure as heck killed me.

My hat is off to the entire TWO company, Brian Luedloff’s direction with Kevin Clark’s and Pablo Gallestegui’s assistance, was spot on. Having done such a fine job with Sweeney, I would venture to say that this company is capable of doing virtually any show they set their collective minds to do. I’ll buy a ticket and you should too. You have an incredible theatre company in your midst, they deserve no less than the complete support of their local arts community. Don’t be the last ones to find out about TWO.