What a great song but Europe is far more than just that song and the other big hit they had “Carrie”. Joey Tempest has been keeping it real with the latest release from them called “Bag of Bones”. Check out the new release called “Not Supposed to Sing the Blues” and see if you can hear Europe tip their hat to Led Zeppelin. If you can’t figure it out listen to the keyboards during the chorus.

I am not a big fan of the blues but this song is more classic rock than blues and in my book kicks some major ass as far as something fresh and exciting.  Nothing wrong with the Europe of the 80’s. I can still rock out to the Final Countdown but this new song is awesome and stands up to anything new out there.

Congrads to Europe for still continuing to keep the music alive and well, and well written!!

EUROPE ‘Not Supposed To Sing The Blues’ from Patric Ullaeus on Vimeo. 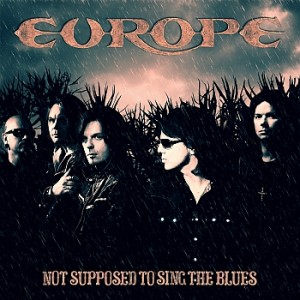 For another cool ass video go here and check out