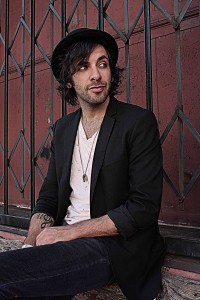 Hi my name is Eric and I’m an alcoh-  oops, wrong interview…I’m Eric Schackne and I’m pretty sure I’m the only struggling musician in the world.

I’m a singer/songwriter and multi-instrumentalist originally from South Florida (if you know where that is, then I’m from Ft. Lauderdale, and if you know where that is, then I’m from Davie).  Introducing my band sort of means just introducing myself because everything you hear in my music was written, played and produced by yours truly.  My Dad, being from the musician branch of the family, not-so-forcibly had me taking piano lessons since I was five.  I picked up a guitar just before high school, drums in college, and despite no real vocal training, had always loved singing.  Despite my one-man-band-ness, I do have some amazing musicians to help me play my tunes live.

I’m all over the interwebs though, and you can currently find all the info on me and my latest Hammers & Strings EP on the Facebooks and the YouTubes and the Twitters (http://EricRockMusic.com).

I’ve always had a pretty humble admiration toward musicians with any kind of celebrity status.  The first two musicians that I could really relate to personally was Nick Thomas of The Spill Canvas and Andrew McMahon of Something Corporate (now of Jack’s Mannequin).  My first songs with lyrics were written on guitar and Nick was a solo artist who turned his music into full-band songs and also shared this blend of emo and pop rock that fit into an interesting niche within the punk rock scene.  And while I liked Billy Joel and classic rock, Something Corporate was the first band to really show me how awesome a piano could be in a pop-punk-y rock tune.  And while I specifically related to those guys the most, bands like Dashboard Confessional, Copeland, and Green Day were (only) some of my early influences.

If you’re just getting into music right now, you’re entering into a weird transitional world.  Nobody fully understands the dynamic of the music “industry” right now (not even labels).  So, it’s best to not get bogged down by business until you have to.

Buuuut…in college at the University of Florida, I was an acoustic opener for this concert at an amphitheater on campus.  The featured act was Remedy, a member of WuTang Clan.  This was one of my first real public gigs playing my original music, and it went well.  I knew the people running the event and got to meet Remedy briefly before the show.  I had been in an a capella group at UF singing bass and doing the vocal percussion (beat boxing) and was getting pretty confident, so I casually told Remedy that I would lay down some sweet beats for him if he needed anything.  Sure enough, a few songs into his set, he calls me up by name and I walk to the stage at the bottom of the amphitheater, microphone in hand, and lay down some mad beat boxing skills for a member of WuTang Clan.

Did I tell you about the time I open-mouth kissed Bono?

Um…Recently I had a show in LA and was the opening act.  I had to get there like two hours early to load in, and they were still setting up all the sound equipment on this pretty decent-sized stage.  So, the band and I are all set up and we’re just watching them scurry around under the stage with flashlights trying to make something work properly.  I remember I had a big gig at Viper Room around that time, so I had put most of my promotional energy into that.  Aside from my family that was in town, only a few people showed up specifically to see me.  We’ve now been fully set up waiting for over 45 minutes.  I walk back to the sound booth to see what the status was and he said everything’s finally good and I can start.  On my way to the stage, the door girl pulls me aside and says I haven’t met my “draw minimum” and they need acts to have 10 paid people in order to play their set.  After telling her about how long we’ve been waiting around and blah blah blah, she wanted me to pay her the difference to play.  (No thank you)  So I told her basically that she’s more than welcome to have 40 minutes of silence before the next act, but I’m going to play my set now.  I waited for a giant hook to sneak on stage and yank us off but it never came.

Oh yeah, and the sound guy left the booth mid-set so when I transitioned back to my keyboard, so I jokingly played a muted keyboard for a hot minute.

At UF I got into improv comedy (sort of like “Who’s Line is it Anyway?” not like standup comedy).  I was even teaching it for my last year in college.  Part of my reason for moving to LA initially was to do improv comedy.  I’ve studied it a bit, been a part of a number of performing teams and even traveled to Chicago a few years ago with one of my improv groups that got to headline a night of the Chicago Improv Festival.

I also enjoy painting and making visual art as well as photography.  I’ve made pieces ranging from sketches to spray paint on wood and canvas.  I don’t get to do it much, but I have a bunch of pieces up in my room that I’ve made.  I’d love to get them into an exhibit at some point when I’ve fine-tuned my style a little more.

Oh, I also draw pictures of boobs wearing hats that I found on the side of the road.

What do you think about the present music scene or lack of here in the south Florida area? Care to address that?

I actually wasn’t in the scene much when I was living in south Florida, as I was a classical piano (and oboe) player up until high school and never played in bands while I was down there.  But, I always knew that there was little to no scene in south Florida.  I remember there was this one dive bar with a venue called Club Q where I saw Dashboard Confessional and Unsung Zeroes play once, but other than that not much for local bands.  Even recently when I’ve tried to book stuff for myself back home I’ve had difficulty, and my friends in bands have said the scene is terrible.  The one good venue, where I played a couple shows before leaving for LA, is Talent Farm.  It’s just a venue (no bar) and a great spot for a band to play for an audience if you want to get your music to some ears. 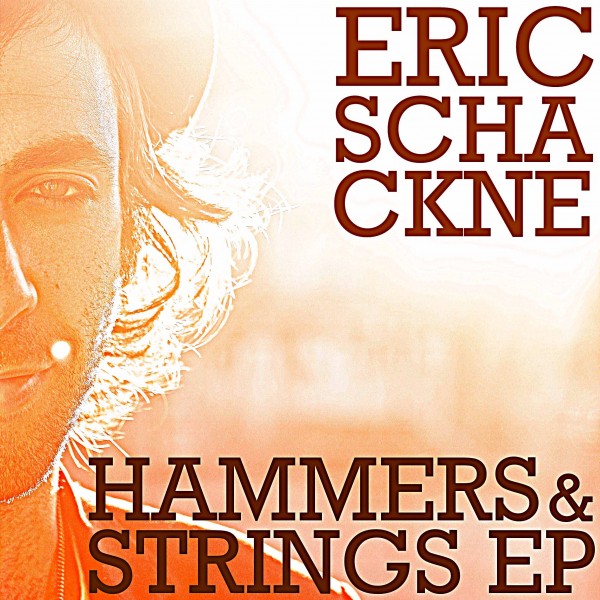 I’m an unabashed pop music lover.  When I think of “pop music” I think of everything from Journey to Katy Perry to the Rolling Stones to Fallout Boy and everything in between.  If it has pop sensibility to some degree whether it be the voice or the lyrics or the guitar riff or the melody, I’ll be into it.  If you’re gonna let the chorus of “I Want it That Way” by the Backstreet Boys pass you by without singing a phrase or two, you’re a liar and frankly I expected more out of you!

While Mrs. Howell would be a great lay, I’m a sucker for the girl next door – Mary Ann all the way.  (Unintentionally sounds like a cheer)

# 10 is called “Shout It Out Loud”. It’s where you get to talk about whatever you want to talk about. So go ahead and “SHOUT IT OUT LOUD”!

AHHHHHHHHHHHH!!!!! oh wait, I have actual words to say with exclamation points!

My latest record “Hammers & Strings EP” is up on Spotify, iTunes and Bandcamp!  Go listen and if you like it, the best thing you can do is tell all your friends about my music!  I love interacting with new people on Facebook and twitter, so find me and come along for the ride!  Thanks KickAct for being so inquisitive!  Also, I’m touring the United States of America throughout August, so check my sites for details and tour dates!  I love you! Exclamation!