For more information, go to this location.

In an interview with UltimateRandyRhoads.com, Garni stated about Rhoads, “It’s too bad that people never really got to know him, because he was a much bigger person than he was a guitar player. His guitar playing, as good as it is, is very hard to overshadow. But what a great person. They always say when people die, ‘He was the world’s nicest guy. What a sweet man…’ even if the guy was a piece of shit. But that was not the case with Randy. He was a very good person. He was a practical joker. He liked to pull pranks on people, and sometimes they were even a little on the mean side. But he would never hurt anybody. He was a very wise guy, as far as helping you out with problems. He was very intuitive, very sensitive. A good heart. Guitar playing was such a big thing — it was all he ever did. You almost had to be around him twenty four hours a day to know him outside of his guitar playing. When he talked on the phone, he was on the guitar. When he was eating his dinner, he had his guitar in his lap and he played between bites. When he was watching TV, he was playing guitar. Always the guitar. You literally had to be in a car with him, with driving, to not have him playing a guitar. So very few people got to know him well. . . It was almost as if there wasn’t even a person outside of that guitar, to most people. And I think that adds to his mystique. He didn’t really get the opportunity to do many interviews. Very, very few. He was somewhat introverted. If we’d do a show, afterwards you’d walk out the door and there would be a line of groupies. He didn’t go for that. He left with his girlfriend. Or maybe he kinda went off away from everybody and he had a drink. He wasn’t really into partying, so to speak, but when he was, that’s when the practical jokes came.” 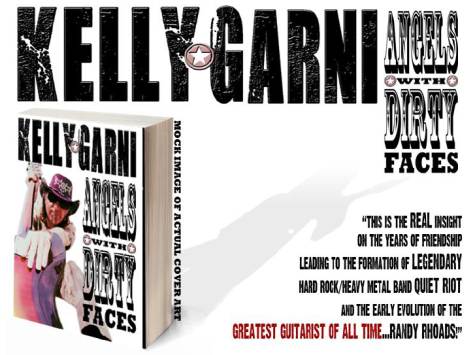