According to The Pulse Of Radio, JOURNEY‘s recording days might be a thing of the past. Due to shifting audiences and the general nature of the music business, keyboardist Jonathan Cain thinks that maybe the band is done releasing new music. JOURNEY‘s last studio album, “Eclipse”, was released in May 2011. The Walmart exclusive debuted on The Billboard 200 album chart at No. 13 — eight spots lower than the band’s previous album, 2008’s “Revelation” — which also went on to hit No. 1 on Billboard’s Top Independent Albums chart.

Jonathan Cain told The Pulse Of Radio that the pressing need for new JOURNEY music has seemed to fade. “Y’know, we’re not convinced the market will bear another CD from us, y’know?” he said. “And it’s so much work to make one. Y’know, maybe we get a soundtrack shot with a movie. And the last album we made was a departure. It was Neil [Schon‘s] ‘I wanna do one this way once’ — and so we did. Y’know, we did a heavy, rock n’ roll record. And it kinda wasn’t received very well here in the States and they kinda liked it in Europe and that’s kinda what I thought was gonna happen and it barely sold 100,000 [copies].”

Cain went on to explain that after “Eclipse” failed to score with both old fans and new converts, the entire band has had to pause and take stock of where they’re at creatively.

“After all that time and money, y’know, what are we doing here, y’know?” he said. “So, we have a great catalogue here, right now to play. We got a lot of songs that we’re not even playing. So, we’re like, ‘What’s the point of makin’ a new CD right now?’ Y’know, if anything, we’ll make an EP.”

JOURNEY will next appear on Thursday (March 7) with DEEP PURPLE in Perth, Australia.

Coming to theatres on Friday (March 8) in select cities — and available starting Saturday (March 9) on most On Demand services — is “Don’t Stop Believin’: Everyman’s Journey”. 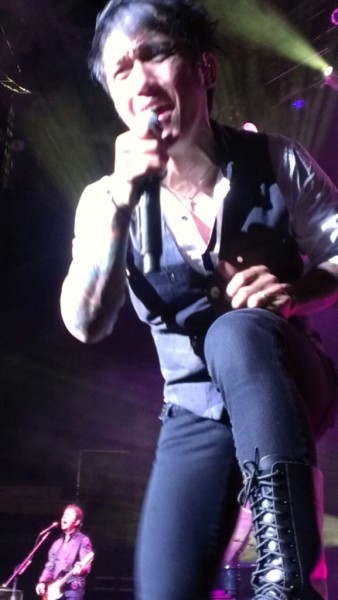