Well, apparently he did when she was around 30 years old or so back in 1975 during the drum solo…

Read on my friends and weep along side me. I’m sure at 70 plus years old this grandmother that Gene shagged now has leather 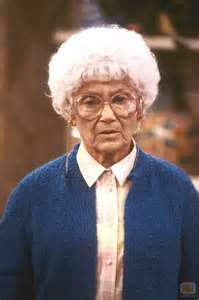 “interior” and waist high? boobs but at one time probably had a rock hard groupie body…It’s hard to believe that the babes of today will someday look like E.T. 🙁 So the next time you are checking out the hot babes in the videos or magazines (do they still make print magazines?) Just remember, its all headed south. There should be some “eternal law of tits and ass” that says that the girls of  “jackage” aren’t allowed to age at all. Every time I see that famous 70’s poster of Farah Fawcett I have two thoughts. One good one about those perky nipples sticking though her swimsuit and the second  and the sad one is she is in the dirt now:( Or as my friend Tim says “Completely Dead”…

Now how freaking depressing is that?

Here’s the story from VVNMusic.

“We are now celebrating our 40th year since the first tour and Paul [Stanley] and I were in a Los Angeles airport and a senior woman – who I would say was in her 70s – came over with a cane and she said, ‘Oh, Gene Simmons, how are you? I haven’t seen you in forever,” he recalled to Australian radio show hosts Kyle and Jackie O.

“I think, ‘Oh, your daughters are fans, your granddaughters are fans…’ She said, ‘Don’t you remember? 1975 backstage, during the drum solo…’ So I did some quick arithmetic: I must have been 25 and she could have been ten, 15 years older. Oh my god, I slept with grandma!”