I’ve been knockin’ around this whacky racket for over 30-years. See:

www.philswann.com – Did you read that? Sweet Jesus, I’m 180-years old! 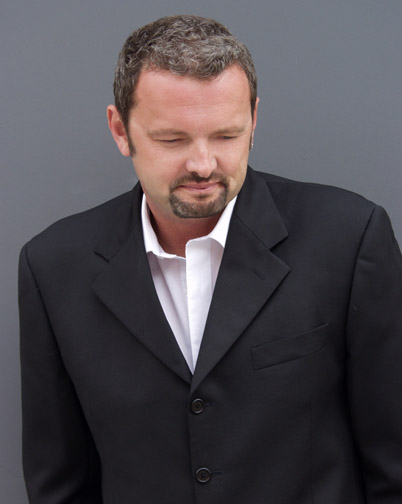 My influences vary widely and wildly. When I was a kid, my dad listened to Sinatra, Dean, Sammy, etc, you know, the standards, the tunes penned by the amazing Tin Pan Alley guys and gals. I think that’s where my first appreciation of really great songwriting was formed (listen to my CD Stale Scotch & Cheap Cigars). But, being a child of the 60s & 70s, I was, of course, drawn to rock ‘n’ roll, and the singer / songwriters of that era (Listen to my new EP, Age of Opportunity). To complicate matters further, I was raised in a small town in West Virginia therefore exposed to a lot of country music…by the way, not what’s called “country music” today, – I’m talkin’ the real hardcore stuff i.e George Jones, Ferlin Husky, Merle Haggard, Tom T. Hall, and of course Hank. So, I’m a bit “sybil-esque” when it comes to musical influences. I really do love it all and have learned from every genre.

Do you have any advice for someone just getting started in playing music?

Any pitfalls they should avoid?

I’m combining questions 4 & 5 and here’s why: I’ve been very lucky in that I’ve been able to make a living in music since I was about 15-years old. Gigging was my part-time job growing up and gigging put me through college. I knew a lot of old WWI & WWII songs and that allowed me to play about every restaurant and piano bar in the NYC. After college, I hit the road in bands and never looked back. Believe it or not, a musician used to be able to make a pretty decent living by just gigging – I know, crazy talk, right? I think the biggest suck-factor for young bands and artists today is the lack of paying gigs. This concept of “play your music for free” or worse, “pay us to play your music” is ridiculous, insulting and just f**king wrong! What the hell is that about? When and how did that happen? But I digress. Anyway, back to best and worst gig question.

It’s hard for me to answer because 1). There are just so many gigs and stories, and 2). I’m not sure the statute of limitations is up in some states. But here’s what I do want to say and what I want my younger colleagues to hear: Looking back, I find that the good gigs are (as they were then) still good gigs, but the bad gigs are the GREAT stories. And trust me my young friends, the stories are everything. The stories are why we do this. The stories are what keep us plowing forward with a smile on our faces when the business just makes us want to cry. The stories we tell each other from the life we lead in this stupid stupid stupid business is what makes a life in the creative arts SO rewarding. Look, it’s like this: gigs will come and go; deals will come and go; fame will come and go; money will come and go. But if you’re living the creative life, you will always have stories. And not just amusing little anecdotes but incredible odysseys that mere civilians (non-creative folk) can only dream about. And trust me, that means something. It actually means everything, especially the older you get and longer you live this crazy life. So, embrace the bad, hellish, nightmare gigs. Don’t let them zap your energy, or suck your spirit, or worse, drive you out of the business. They’re going to be the great stories you talk about for years to come. One of my favorite Mark Twain quotes is: “Today’s tragedy is tomorrow’s joke.” God, is that ever true. I have that quote over my desk and look at it everyday. Just keep me on track.

But…there was that night in Joplin, MO when the girl crawled under my keyboard rack and..uh…never mind.

Well, who doesn’t like to draw a nice boob picture from time to time? You know, it’s weird, I’ve never been a person with hobbies because my hobbies have inevitably become my job ergo I guess you could say I’ve never had a job. Hmm, I should talk to my shrink about that – I’ve never said that out loud before.

But it’s true. I started playing music as a kid because it was fun; suddenly, I was getting paid for it. I started writing songs because it was fun (and a great way to make girls like me), before I knew it, I was being paid for it. I started holding songwriting workshops because I loved hanging out with songwriters and talking about songs; again, before I knew it, I was teaching songwriting at UCLA. I liked working with artists in the studio and…yup, you got it, I started being hired to produce records. More recently, it’s been writing novels (which I’m loving). I wrote a suspense thriller a few years back called, “The Mozart Conspiracy.” The book was published and has been selling pretty well. I’m working on my second book right now. FYI, I signed a deal at the beginning of this year with an Italian book publisher who is releasing an Italian translation of “The Mozart Conspiracy.” They call it, “Il Codice Amedeus.” Cool, right? So, no, I don’t have any hobbies. I’d get one but I’m afraid it’d become my living and I don’t have time for anymore jobs. Jesus, I’m tired just hearing all that.

Oh crap, here’s where I start sounding like my dad. Okay, here goes. We all are aware of the trials and tribulations facing the music industry today. Hell, guys like me sit around and bitch about it on a daily, if not hourly, basis. I talked about it earlier when addressing the problem of “free music” instead of good paying gigs. I guess my frustration today is I feel that music and we who create music just need to be respected more. But – and this is really what I feel – I think we creators must respect ourselves more. Lord, guys, stop GIVING IT AWAY!!! It’s not helping anyone – least of which you.

Look, I understand YouTube, Internet radio, Spotify, yada yada yada are not going away. Nor should they. We artists and writers can (and always have) embraced new technologies as a way of getting our music out to the world, but we have to stop de-monetizing it. It doesn’t serve the art form; it only devalues its importance. We can find a balance. I hope there are smarter people than me out there working on this. We can’t keep going down this road.

Also, we (the creators), in the midst of all this new technology at our disposal, must never lose sight of the purity of the music. I fear sometimes we’re not “writing songs” these days as much as we’re “making records.” Don’t get me wrong, the records we’re making sound amazing! Technology continues to blow my mind and there are some very gifted producers and engineers making those records – hell, they’re practically scientists! But sometimes I miss the pure and simple craft of songwriting. You still hear it occasionally but more and more it’s about the production and less about the crafty-ness of the song. Here’s what I mean; I believe the great songwriters from the Tin-Pan Alley era created pop songwriting as we know it today. They were just such fine craftsmen and women and we’re still basically doing what they perfected…just not as well, at least I’m not. I think it’s forgotten that they had to write songs that would be hits from the sale of the sheet music. The songs had to work on paper alone! I think a bit of that way of creating might be a good thing to remember as we’re downloading our cool new plug-in or latest upgrade of ProTools.

Sorry. I told you I was about to sound like my dad…or your dad.

I don’t have any band members but I do have many many many imaginary friends. They’re all named Fred.

Well, Mary Ann is definitely the hottest but I fear I’d fall in love with her after the sex and, well, let’s be honest, this is a deserted island and who wants to be in a committed relationship on a deserted island? So no on Mary Ann. Now, Ginger, yes, hot, and probably a hellcat in the ol’ hammock. But I think I’d have to take a pass there too. I mean, she is an actress after all and my experience with actresses is they’re all a bit bat-shit crazy; I’d be afraid she’d freak out in the middle of the night and stab me in the face with a shiv made out of a coconut. So, pass on Ginger too. Which, I guess, leaves, Mrs. Howell. Yes, Mrs. Howell is who I’d hook up with. Besides, I think she’d be grateful and isn’t that what all any of us are looking for? Someone to be grateful? Plus, it’s a deserted island…who’s going to know. (editor’s note:This is the best damn answer I have received so far for this question)

Our last question is called Shout It Out Loud. It’s where you get to talk about whatever you want to talk about. So go ahead and “SHOUT IT OUT LOUD”!