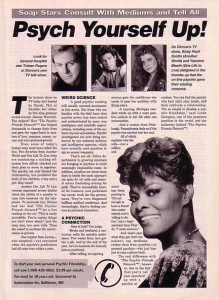 I mean didn’t she used to hawk the physic friend’s network back in the day? Looks like her physic friends didn’t see this far into her future..She is broke as hell… Which is really terrible.She has had many major hits over her career and according to her she only gets  $1000.00 a month in royalties now. No wonder I have no sympathy for the many folding record companies that have made millions off of Artists while the Artists themselves starved…

But anyway, Dionne could use some good vibes and prayers her way.

Here is the complete article from TMZ
Dionne Warwick is broke as hell … like “Nic Cage” broke … and owes more than $10 million in unpaid taxes, this according to the singer’s rep.

The “Do You Know the Way to San Jose” singer filed for bankruptcy in New Jersey claiming she only had $25k in assets … but owes more than $10.2  million in taxes and fees to the IRS and the State of CA.