She rips this guy who is misrepresenting his “military service” injury. She has every right to and I am glad she took up for the injured Vets. Please watch the video and share! 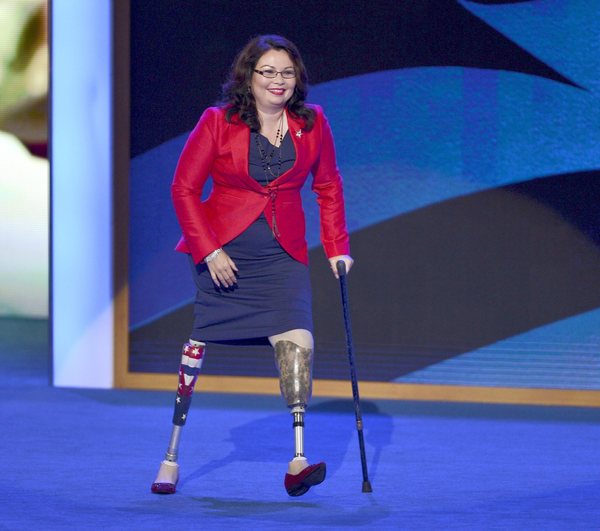 Duckworth was working towards a PhD in political science at Northern Illinois University with research interests in the political economy and public health in southeast Asia when she was deployed to Iraq in 2004. Duckworth lost her right leg near the hip and her left leg below the knee from injuries sustained on November 12, 2004, when the UH-60 Black Hawk helicopter she was co-piloting was hit by a rocket propelled grenade fired by Iraqi insurgents. She is the first female double amputee from the Iraq war. The explosion “almost completely destroyed her right arm, breaking it in three places and tearing tissue from the back side of it.” Duckworth received a Purple Heart on December 3 and was promoted to Major on December 21 at the Walter Reed Army Medical Center, where she was presented with an Air Medal and Army Commendation Medal.