Firstly, let us apologize. Ryan was unavailable for comments do to his summer “Intro to Drumming” courses he’s been taking. 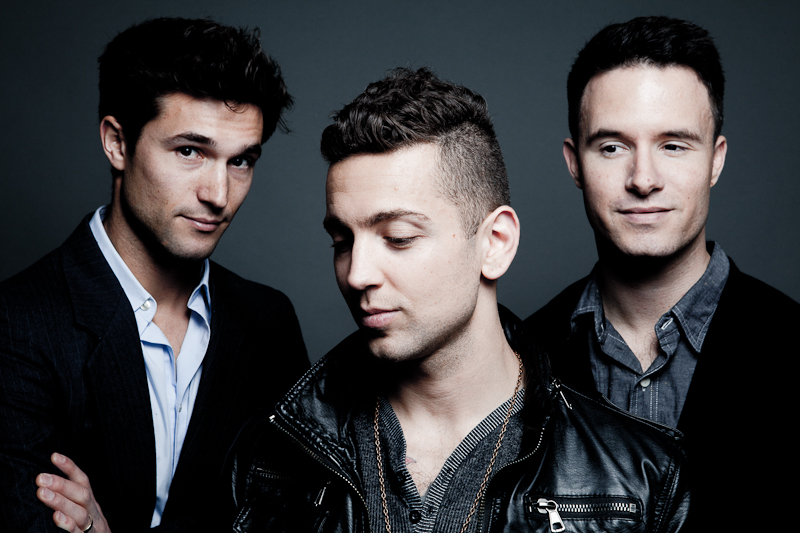 Nate: If you just type cable car into google, as much as I’d love to think that we would pop right up what you actually get are ACTUAL cable cars. Although majestic and useful vehicles. You’d be better off finding us at www.wearecablecar.com or facebook.com/wearecablecar. There are also some great Youtube videos of us up at youtube.com/wearecablecar. As for about us, Ryan and I came from Rhode Island with a wicked smallest state in the union complex and decided to prove ourselves in LA. Go big or go home I suppose. We met Jack Turner out here and Cable Car was our love child.

Jack: What Nate said. If you can remember ‘we are cable car’ or ‘wearecablecar’ it will get you what you need on the social networks.

Nate: I’ve never been able to answer this question without mentioning Jeff Buckley and Ben Harper. It’s the passion behind the vocals that gets me every time.

Jack: My main influence has always been blues and jazz, with a bit of R&B thrown in. I love the guitaring of John Mayer, John Scofield, Matt Schofield. Basically, anyone with the name John or Schofield. The contemporary fusion (not of the names, but the musical styles) gets me every time.

Nate:  I wish someone had told me when I started out that there was so much more than writing and playing to the music industry. I’d tell them to follow their passion while also learning how people do business. It has to be a balance.

Jack: Create – even if you want to learn to play like or imitate a great. Just start creating and you’ll learn so much more as you incorporate all your influences.

Nate: The first one that comes to mind isn’t PG it involves the back of a car and a lady so I’ll skip to the second. I had a moment just recently on stage where I could feel something happening that was special. The audible experience melded a bit with the tactile feeling of the instruments. I remember feeling like I was in some kind of sonic soup and it tasted good! I think that it was just a moment when everything hit a hard moment of synergy. We all could do no wrong even if we tried. I’d love to say that happens all the time but it doesn’t so I cherish the moments it does.

Jack: I played once with these guys from this band Cable Car….I don’t think I can imagine playing with anyone else now…

Nate: Ever drive 5 hours and forget your instruments….yah me neither.

Jack: Literally a worst nightmare experience. Knew I was going to be playing solo in front of about 1500 people. Didn’t know much about live sound at the time, so I said to the sound guy ‘just please make it sound good’. He cockily replied: ‘we’ll press the sound good button’. He was not true to his word….feedback, muting, no monitors, the lot. Ouch. The only saving grace was I couldn’t hear myself at all, so other than in my imagination, I don’t know quite how bad it was.

Nate: I love to Cook, like music the right combination of ingredients paired with personal preference can make for something special. You know like Spam and Maple syrup….

Jack: I like to look out the window with my telescope into Ryan’s room.

Nate: Honestly I think people are doing this wonderful backward reach for things they know and love but combining it with an urge to create it anew. I don’t think this is new for the industry I just think people are paying more attention to it. A great example of classic but new (besides us), Miguel.

Jack: I think it’s great! I’ve been listening to a lot of pop recently, for the first time. And I actually have a huge amount of respect for the genre. You have to be so precise and non linear with your songs – it’s almost like writing 3 songs at once to get one good one!

Nate: Nate is so tall he bends at the knees for every photo shoot.

Nate can rip an electric guitar solo. I don’t like to give him my guitar because it feels like the guitar doesn’t want to come back to me afterwards.

Nate: I don’t accept that I’d have to only hook up with only one. I choose all three and I don’t want to hear another word about it.

Jack: Haven’t seen it, is that awful? A US show I guess…if Nate’s going with all three I’m not going near any of them.

Our last question is called   “Shout It Out Loud” . It’s where you get to talk about whatever you want to talk about. So go ahead and SHOUT IT OUT LOUD

Jack:  I always like free reign to talk about politics and religion….