Thanks to James for the interview!

www.meganautmusic.com And I am Jeff Henson the frontman/founder of the

QOTSA is a big one, 70’s hard rock.. and also guys like nilsson, nick lowe,

Make a great sounding record, buy a van and get your ass on the road. Pitfalls…?

Not getting on the road or taking it seriously.. until you

do, you have a very very tiny shot at anything

Any night we are playing music in front of fans is the greatest gig to us.

Some obviously better than others, but we just like to play.

Lol probly, maybe the time the ATF and FBI people busted into the bar and

shut it down an hour before we went on.. that was fun 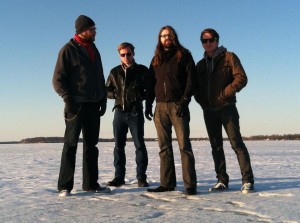 nope, i make music of all sorts and produce albums for other people… my

life is pretty much only music

hmmm, we are really a boring, nerdy bunch of guys that geek out about music

part of all of our lives.

Ginger, I’ve had a thing for redheads… although mary ann would probly be 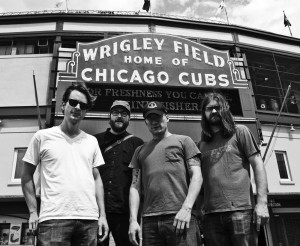 SHOWS. RADIO WILL PLAY GOOD MUSIC AGAIN IF WE YELL LOUD ENOUGH… YOU

WANNA BITCH ABOUT THE MUSIC SCENE.. THEN GO DO SOMETHING TO HELP CHANGE IT.

That loud enough? 🙂 thanks for the interview and for not asking 35

questions about what our favorite color is and shit like that. Much love*