Folks, this is some scary stuff. Nuclear energy is apparently not the way to go. If you watch the report, Russia is still having issues with Chernobyl and that happened way back in 1986. Almost 30 years ago as of this writing. Now it looks like The Nuclear power plant Fukushima disaster in China is going to be far worse than Russia’s one.

Out of six reactors three are approaching “China Syndrome” 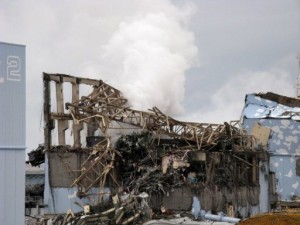