Special thanks to James for the interview!

Welcome to Kick Acts. Tell us a little about yourself and your band and were you can be found at on the web.
*We are the Morgan Riley Band we are a Country Rock/pop band. Our sound is similar to The Band Perry and Sheryl Crow Influenced with Rock music. It’s basically pop/rock country with heavy guitar leads. You can check out our website at www.morganrileyband.com and check out our reverbnation at www.reverbnation.com/morganrileymusic. Please follow us on twitter at www.twitter.com/morganrileymus and like us on facebook at www.facebook.com/mrileymusic. *

Who are your musical heroes, influences & why?
*I personally love Sheryl Crow, Alanis Morisette, Jewel, and Taylor Swift because not only are they strong singers they are amazing writers. I write very similar to these artists. Alan’s heroes are the Black Keys and Guns and Roses. He loves them because it’s his favorite kind of music to listen to and play. Stevie loves Kiss, Metallica, and Van Halen. He grew up listening to them and they have inspired his guitar playing and influences the music he writes. Stevie is why our country pop is influenced by rock because it’s in his soul. * Do you have any advice for someone just getting started in playing music? Any pitfalls they should avoid?
*For someone first starting out in the music the best way to grow their brand is to get a great album recorded and start playing shows as much as they can. They also need to be on all the social media pages and try to network as best as they can. Everyone show they play they should a video camera recording it and post pictures. It really helps get the fans excited and they get to watch you grow. It’s all about the hype you create. You should definitely do some originals and covers at shows. If you do all covers and no originals people will always just look at you as a cover band and not take your music seriously. * 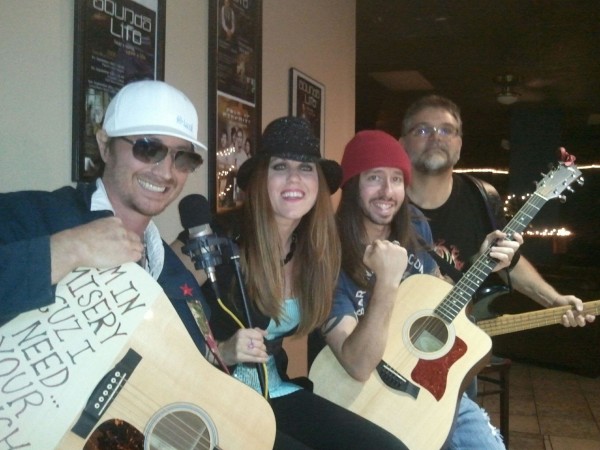 Do you have a greatest gig story you’d like to share?
*Yes we were playing at Hannah Flanigan’s Irish Pub in Asheville NC. The crowd was just so amazing. I mean we had their attention the entire time. They even held up lighters on our slow songs and they sang with us on almost everything. The energy was just so crazy. It was packed and I even danced with some people in the audience while I was singing. Our guitarist jumped off the stage and started playing guitar from his knees. It was one of our craziest shows we have had. We really fed off the crowds energy. Asheville rocked that night. * * * On the same token as the above question. How about a “worse gig” ever story.
*Our worst gig was when we had a sound guy that couldn’t get the sound right. We couldn’t hear anything on stage. On top of that it was an outside gig and it was pretty windy and rainy. Luckily we ended up sounding good after I watched the videos later but it was awful being on stage not being able to hear hardly anything.*

Do you have any other hobbies other than playing music? Collect stamps? Collect hats from off the side of the road? Draw pictures of boobs?
*I love acting. I use to pursue acting a lot for fun and try to participate it any plays or take any auditions I could find. *

What do you think about the present music scene or lack of? Care to address that?
*I think our present music scene is great. It seems like once we did a few shows it just really started growing for us and we have branched out in different states and cities. Now we have a great resume which helps us continue to get more gigs. *

Tell us something about each of your band members that we wouldn’t expect to hear… Like their hobbies or something like that…
*Alan my guitar player does my hair. He is a licensed cosmetologist. He rocks on the guitar and rocks on my hair : ) It so awesome to have someone in your band be able to fix your hair when you need it colored on the fly. Stevie takes tie Kwon doh. He trains every week and he has a black belt. I was a solo artist before I started the Morgan Riley Band and I have an album out called Affinity under Morgan Riley and its on every digital site. *

Hypothetical situation. You’re stranded on Gilligan’s island and you get to hook up with only one of the girls… Is it Ginger, Mary Ann or Mrs. Howell and why?
*Well since I am a female I probably wouldn’t hook up with anyone lol. But Stevie would pick Ginger because she is the glamour girl he says, she is hollywoods star. Alan would pick Mary Ann because he wouldn’t want Stevie’s left overs, lol! * 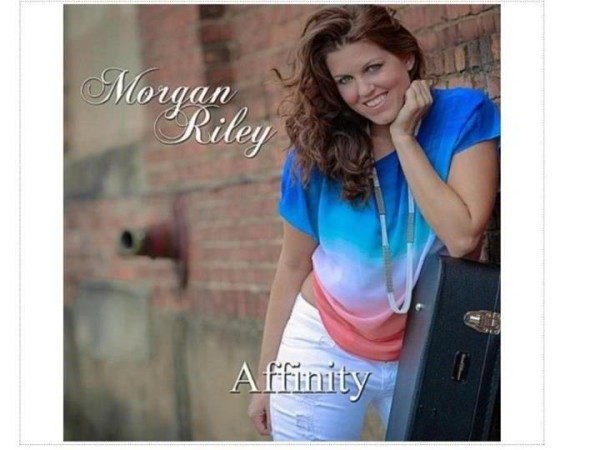 *We just recorded our brand new single The Rowdy Shoutin Cowboys its a Country Rock/pop song it’s extremely catchy and in my opinion it could be the new anthem song for country music. We also recorded Was it you which is such a beautiful ballad. Every time we play both of these songs for our fans they love it. We plan on releasing it sometime soon. So please be on the look out for it : )