(Jesse’s answers first) *What got this band together and started in this business?* Both Genna and I have been involved in the business of music for a number of years, prior to the birth of this project. Genna hired me to play piano in her band, after returning to the San Francisco Bay Area in 2009. That band was a quintet, and it did not last all that long. Genna and I began to perform as a duo shortly after, and we haven’t stopped. 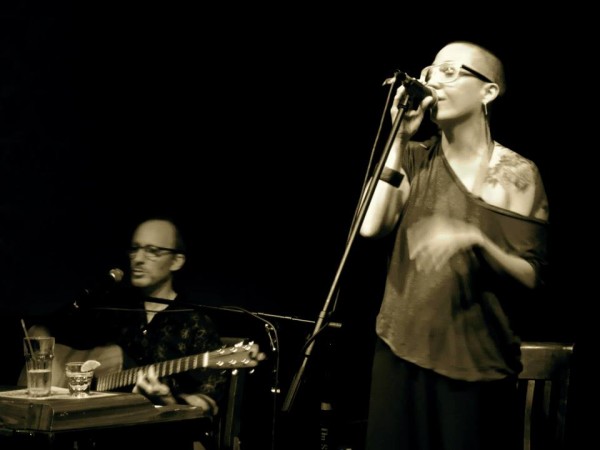 Where can people access your music on the web?* Just about anything you’d care to learn about us can be found at www.gennaandjesse.com *What is your musical background?* Our musical background begins with a love of songcraft. We both have elements of soul in our music, from Motown and Stax to the Philly Sound of the 1970’s. When we call our music “pop” music, it’s more like pop music of the ’70s than it is like today’s pop. We also have strong inclinations toward jazz, blues, musical theater, and folk, to name a few. *Where are you from?* Genna is originally from Lansing, Michigan and I’m from Philadelphia, PA. * How would you describe your music/art/entertainment for the public audience if they have never seen you before?* Heartfelt acoustic soul-and-folk-infused pop music singer-songwriter duo. *How long have you been performing live?* We have each been performing live for decades, but in this current format, we have been performing live as Genna & Jesse for three (3) years. *What does your family think of your performance and do they support you?* We have received tremendous support from our families for what we are doing. At times in the past, there have certainly been pressures on each of us to “do the more responsible thing,” which in reality means getting a traditional job with health insurance and such. This is an extremely common situation for artists of all types, which comes from family members wanting us to have the things that they have (security, home ownership, credit-based purchases) and finding reason to worry that those things are not priorities for us. The only difference between us and the many other artists who “settle” for making their art a hobby, is that we have simply gone and DONE IT. I think our families over time have come to respect this decision much more, even if they don’t always agree or understand. * What image do you think your music conveys and why did you choose this type of image for your music? (Please, do not avoid the image issue! We want the fans to get to know you better.)* Our image is one of honesty, of being our true selves. We don’t do much pretending with our music, which is not to say that we don’t fictionalize in our approach, but that we like to come from a place of integrity and real-ness. Our music is a lovely thing for someone to bring along on a long drive or road trip. We don’t hit you over the head with much gimmickery, so that what shines through are coherent well-written songs performed with an ear for harmony. We love to sing together, and that is often the first comment we get after a show, is how well our voices blend. *How do you feel about file sharing?* 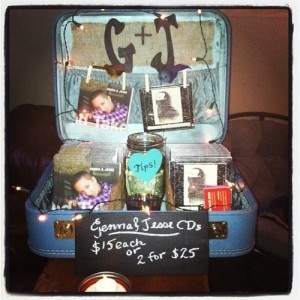 This is massive topic, as there are tons of well thought out arguments on either side. On the whole, I am a fan of file sharing, as it is a more democratic way of distributing music than the traditional corporate model, and along with the internet in general, allows a person to find just about anything they can dream of in terms of music. I also believe that in many cases, file sharing is just another form of promotion, taking the place of radio in a sense, since radio has suffered from corporate consolidation. The problem arises, however, in that file sharing has helped to create an environment where people now expect to be able to get music for free. So this conversation has to also include YouTube and music streaming services as well, but I have found that the younger a person is, the less likely they are to purchase music. Unfortunately, the artists and songwriters end up being the losers in this arrangement, both because they find it increasingly difficult to get paid for their work, and also because music itself appears to have become devalued in general. If we were in a European Social Democracy, where artists like us were valued by society and provided with some economic security, this arrangement might work better.