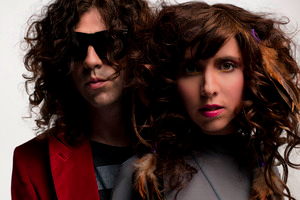 Seth: The Beatles have been a major influence on both of us, both musically and spiritually. When we first started the project we were listening to artists like Bjork, Gang of Four, Radiohead, Talking Heads, and Gorillaz.

Jenny: I’ve always been so inspired by Bjork. She is a pure channel for cosmic creativity- always ahead of the curve and always genuine.

Jenny: Believe in yourself. Develop your own unique gifts. Don’t compare yourself to others.

Seth: First of all, do it for the love. Secondly, don’t give up.  Quitting won’t get you anywhere, just stick to it if you want to succeed.

Jenny: Opening up for Girltalk at Summerfest, Milwaukee was an incredible experience. The energy was electrifying.

Seth: Recently we were performing at the Zeiterion Theater in New Bedford, Massachusetts at the Connecting For Change Conference. The crowd rushed on to the stage and started dancing like crazy during our set. I think we had about 50 people up on the stage, it was wild!

Seth: We practice yoga and mantra meditation. We have a growing collection of Tibetan singing bowls. 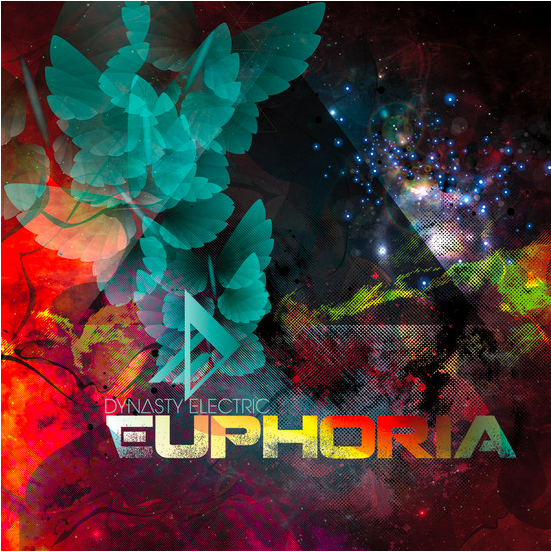 Seth: We have been focused on building our own label and musical community in New York City called NewSonic. We believe it’s important for musicians to come together and to expand opportunities rather than competing against each other for scarce resources.

Seth: I love creative cooking. I want to start my own vegetarian restaurant chain.

Jenny: Ginger- Love the red hair and the leopard prints.

Our last question is called  “Shout It Out Loud”. It’s where you get to talk about whatever you want to talk about. So go ahead and “SHOUT IT OUT LOUD”

Our new album “Euphoria” is out now. It was crowd-funded and co-produced with producers from the UK, France, Italy, Jamaica, Canada, India, Japan, and NYC. Check out the video for the new lead single “Supersonic”