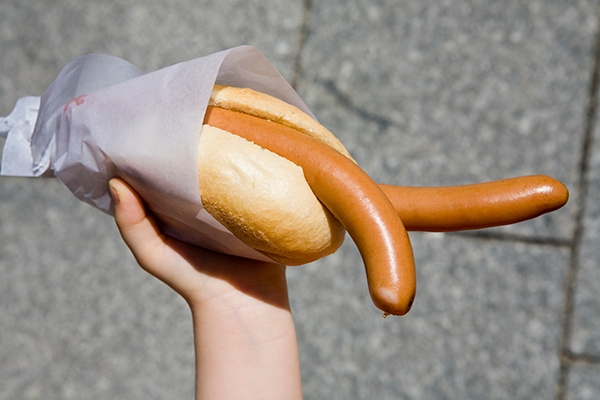 This guy apparently is for real and gives a candid and honest view  of what its like to wave two magic wands at somebody else that are both his! Before you read the article I gotta warn you, He doesn’t hold back. His language is maybe PG 13? He also likes to eat from both sides of the menu and draws from both holsters at the same time so if you are offended by someone crossing swords along with punching cervix’s…This isn’t for you.

In reality it’s time to lighten up a little folks.It is 2014 by the way. Hell, 50 years ago your great granddad may have just paid five cents to see something like this and even more  strange in a back lot tent of a traveling carnival sideshow. This gentleman has a medical condition he didn’t ask for and is making the best of a “nad” situation and is informing the rest of us how he handles his two “trucker clocks”.

You may just be shocked to know that he says most of the women and men he has been with enjoyed the extra cup and latte! So…opinions?

Here are a couple of excerpts to wet your whistle(s)? For more hit the link at the bottom!

And yes Virgina, I tried to squeeze in as many dick(s) jokes as I could in the opening paragraphs!

He avoids public restrooms
“If I do use [a public restroom], I try to use the stall and not a wall urinal,” he said. “There’ve been times where I’ve had to use the urinal and because I have one muscle that controls my piss, it lets the stream flow out both my dicks. So unless I pinch off one of them it comes out both and that doesn’t feel good. So I have to take both out to pee. Yeah I’ve gotten stares and even had a few guys at various times go holy shit.”