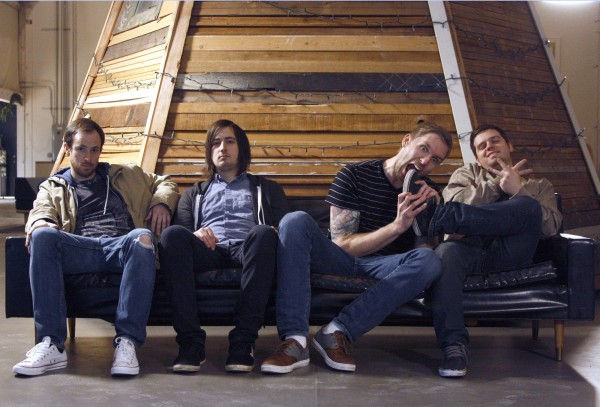 Conor Oberst of Bright Eyes. He is a lyrical and creative genius. He has a huge catalog of work and still continues to find new words and new music for his expression that never gets old. Sigur Ros… ultimately, probably my favorite band. When ( ) came out in 2002 it blew me away, opened my eyes to all new kinds of music, and became a huge influence. I didn’t think I would ever hear any other music like it and so far I’ve been right.

You can’t avoid pitfalls. They’re always going to be there, probably 2-1, you just have to keep at it. Keep practicing, keep bouncing back, and keep doing what you do. Don’t change your style to fit in or try to emulate anyone else.

In a previous band we had our “farewell show” and sold out the smaller, mid-size venue of around 500 people or so with the help of some of our friends’ bands. That was one of the best feelings I ever had. Knowing that many people wanted to come out for just a local show.

I’m not sure I could name one specific worst show. More like worst shows…plural. I remember a few when I was much younger. One where I completely forgot a lengthy part on the guitar so just played random stuff until the next part. It was a mess. Another time when I didn’t realize until after the song was over that I played the whole thing in the wrong tuning. When you’re on stage sometimes it’s really hard to hear everyone at the same time, so I can only imagine what it sounded like to the crowd. So stupid.

Actually, the 8th grader in me still likes to send random emails with (.)(.) to my coworkers. I really love movies and have way too many dvds. I also like stealing coasters from restaurants and bars. The most prized one so far is from the ice bar in Las Vegas. I think they charge like $6 for one in the gift shop. So it doesn’t even come from the actual bar. Screw that. 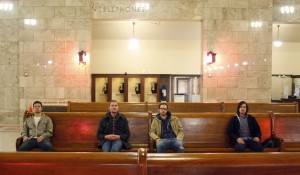 Sucks. Less and less people are playing real instruments or singing with their real voices. Electronic drum tracks, programmed guitar, auto-tune… Lots of people will defend it, saying something like “well that’s what they’re into and at least they’re being creative.” I think it’s pathetic and embarrassing to be honest. Maybe (hopefully) that’s just around here. (editor note: I couldn’t agree more!)

Jeff loves monster trucks and big game hunting, Chris is a big time graphic designer for Beyonce and the like, I love cold weather like most people love warm weather and enjoy going to see movies by myself, Lee loves running in marathons and sometimes jogs in place during practice.

Well definitely not Ginger. That’s pretty much self-explanatory. I’m not the grandma type so not Mrs. Howell. Obviously it’s Mary Ann if the professor is totally out.

Our last one is called “Shout It Out Loud”. It’s where you get to talk about whatever you want to talk about. So go ahead and “SHOUT IT OUT LOUD”!

I just want to go on record and say that general academia and the accepted timeline of world history is appalling. Especially in America where we’re supposed to believe that North and Central America were only “discovered” around 500 years ago. That’s ridiculous. Just in general, human civilization goes back much, much further than described in text books. One of a million examples is how the great pyramids and the sphinx are said to have been built by the Egyptians around 2500 BC. Sorry to them, but no. There is heavy rainwater erosion all over the sphinx. When has it ever rained regularly in Egypt? Before a major pole shift and climate change that happened a little over 12,000 years ago, which dates the sphinx to roughly 10,500 BC. Look it up. Chew on that a bit.(editor note: good stuff!) 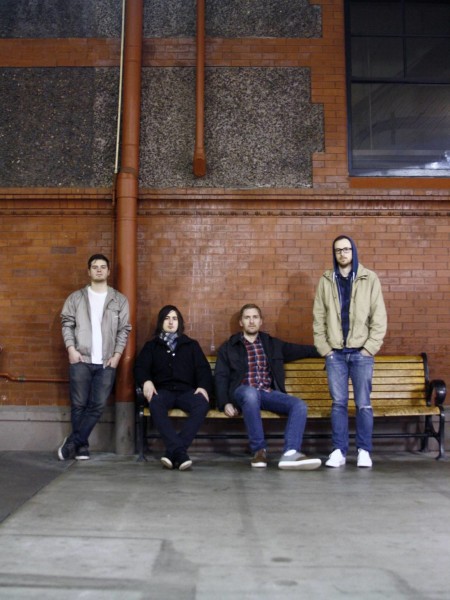