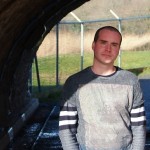 Hi. I’m Jay Brown. I’m Ten Percenter’s singer/songwriter/lead guitarist. You can find Ten Percenter at www.tenpercenter.co.uk There are links to our other sites and sounds on there.

Who are your musical heroes and influences? Why? I love early nineties bands. Nirvana, Counting Crows, Dinosaur Jr… Many others. I couldn’t tell you why exactly. That era of bands were just really good, I guess. As youngsters me and my mates would sit around, and drink and get stoned and try and figure out what the songs were about. These days the stuff that’s popular is all a bit obviuos. It all seems a little bit formulaic.

Do you have any advice for someone just getting started in the music business? Don’t expect to make any money.It’s not really advice so much as a warning.

Do you have a greatest gig story or worst gig horror story you?d like to share? No, on both counts.

Do you have any other hobbies other than playing music? Collect stamps? Collect hats from off the side of the road? Draw pictures of peckers or boobs? Make sock puppets? Sit in the dark and eat Cheetos? I like to draw peckers, actually. Who doesn’t? I like cheetos, too. I like to gamble. I’m something of a semi pro gambler. Sports betting mainly. Boxing. I like roulette, too.

What do you think about the current music scene or lack of? Care to address that? I get quite depressed just talking about it, actually. The vast majority of what’s out there at the moment is utter garbage.

Do you think reality shows like American Idol, X factor and The Voice have helped or hurt the music industry as a whole? They’re pretty much responsible for the mess it’s all in. People think that’s how you go about becoming a musician now. As kids we all pestered our parents for a few quid, went out and bought barely playable instruments for about ?50, got together in garages, barns, whatever we could find and made some noise. That’s how it should work.

What is your opinion of unauthorized music downloads? That’s another thing that’s ruining music, but o be fair, I’m probably a little bit old fashioned on that score, though. I think the only way music should be listened to is on vinyl. CD at a push, but nothing below that. 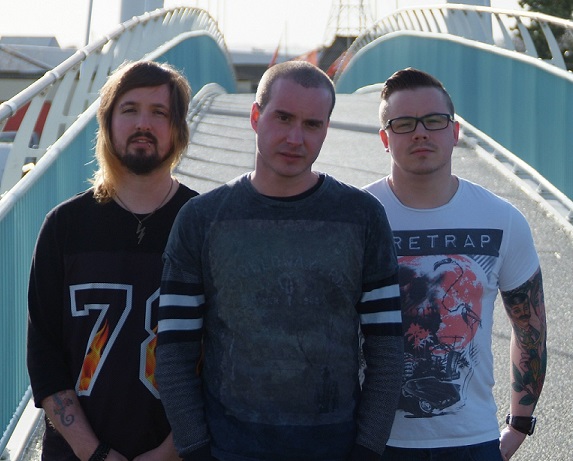 Tell us something about each of your band members that we wouldn?t expect to hear. Thom is a semi pro boxer, Myke likes to dress up as a pirate… I have gigantic balls.

Hypothetical situation. You?re on Gilligan?s island and you get to hook up with only one of the survivors? Which one and why? I have no idea. I’ve never seen the show. If I could hook up with anyone, though, I’d probably go for some nice, tight, clean looking young Nickelodeon strumpet. Victoria Justice for example. I’m a sucker for tidy little brunettes.

Do you know what a vinyl album is and have your ever purchased one? If so, what was it? I have loads of stuff on vinyl. You?re marooned on an island with Justin Bieber. Do you choke him out the first night in his sleep or what? No. I’d keep him around for my own amusement. Think about it. You’re marooned, there’s nothing to do… My entertainment would be kicking the fuck out of the little prick on a daily basis.

What is your opinion of Miley Cyrus? She’s fit.

Which would you rather hear in concert? Lip synching or real vocals? Real vocals.

Who, or what, is the next big thing? I have no idea. One artist you can?t get enough of and can?t live without is? Counting Crows.

Confession time. Share a secret about yourself. I’m a total waste of space. Actually, I’m not so sure that;s a secret.

Favorite movie of all time and why. I’m not a big movie fan. I really enjoyed The Hunger Games, though.

Our last question is called ?Shout It Out Loud?. It?s were you get to talk about whatever you want to talk about. So go ahead and ?SHOUT IT OUT LOUD?! Choose a sticker or emoticon I think I’ve said enough… Download all our songs! B-) 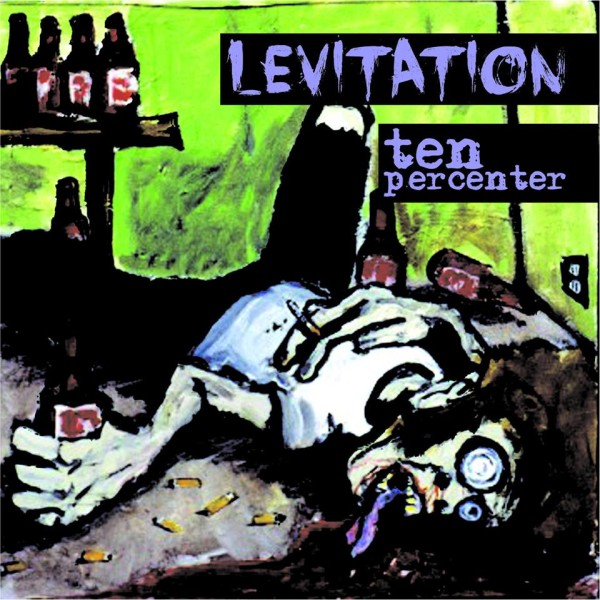