We are Fake Shark – Real Zombie! 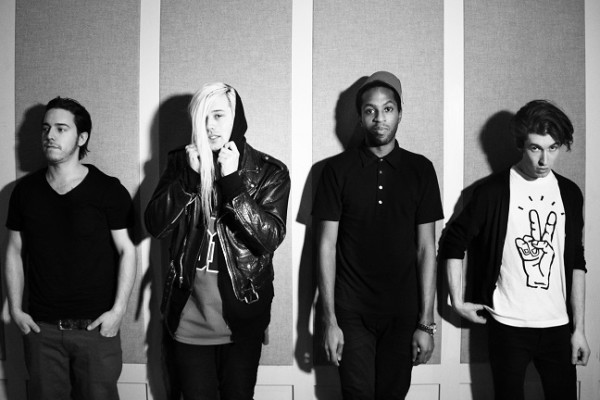 So many and it’s changing all the time, cos I listened to music all day, every day. We just finished a month long tour and I feel like I channel my favourite live artists at time, which is different than my favourite artists on tape. Live, I feel like a cross between Prince, Marilyn Manson and Danny Brown. On record, I’m listening to Kendrick Lamar’s older record, Section 80, as well as the HAIM record. Diggin into that new Foster The People LP, and I love the hardcore band Trash Talk.

Don’t do it. Too many rappers, not enough MCs.

Going to Hard Rock Cafe right before playing that show in Toronto. Comatose. Shout out Based God.

Back in the day we played a gig in London, and it was Christina Aguilera’s after party, and her and her people hated our (at the time) abrasive, wacky music so much their security guards just started taking all our equipment out of the building while we were still playing. It was awesome. Her dancers were wearing assless pants. Those men had dimple bottoms.

I’ve personally never drawn a dick, and I plan on never taking the plunge. I’m essentially the exact opposite of Jonah Hill. I produce music for other people on my time off. I also collect shoes and vintage NBA basketball jerseys. For a goth, I sure wear a lot of sporting goods. 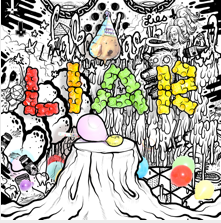 There’s lots of good stuff. I like these new rappers that are coming out, although I’m racist towards white rappers. I think Machine Gun Kelly sucked because he’s white then I actually heard him and realized he’s incredible. I thought he was just gonna be Diddy’s way of capitalizing on Mac Miller’s success but I was wrong as fuck. I can be a fuckin idiot sometimes…with weird hair.

My friend Carly Jepsen got a boost from one of those, and then did a big song on her own, so that’s my only experience with them. I only like those shows at the beginning of the season when all the raisin cakes come out to perform.

You better have a good live show, babies!

I’m part Japanese, Tony was in Hot Tub Time Machine, Louis was in Freddy Got Fingered, Jason wears moccasins all the damn time.

The captain. Just to fuck with Ginger and Mary Ann’s heads. No woman will ever control me.

Tons. Stuff I’ve produced is on vinyl and I own that, and I buy records all the time. I love my Rick James – STREET SONGS record.

I don’t hate him. He’s friends of friends.

Kat Von D introduced me to her a few months ago, and I hung out with her while she got a tattoo of her grandmother on her wrist. We were wearing almost the same outfit and we complimented each other’s style a lot. I got along really well with her and like her a lot.

Real vocals, while the singer keeps their mouth shut, so…ventriloquism.

The singer whose album I just produced a big chunk of. Her name’s Kate Kurdyak and she’s brilliant.

Tyler, the Creator. Best videos in the game.