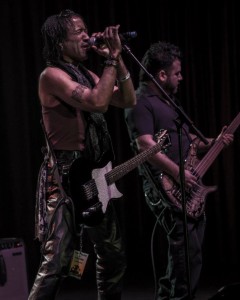 Learn from those who came before you. And never, never, ever quit. Perseverance is key.

Advice not to dismiss certain former members of the band before they became a problem.

Worst gig was headlining a theater in my hometown on a 40 foot stage with a 10 foot guitar cable. Kept getting unplugged during the whole set. It sucked. 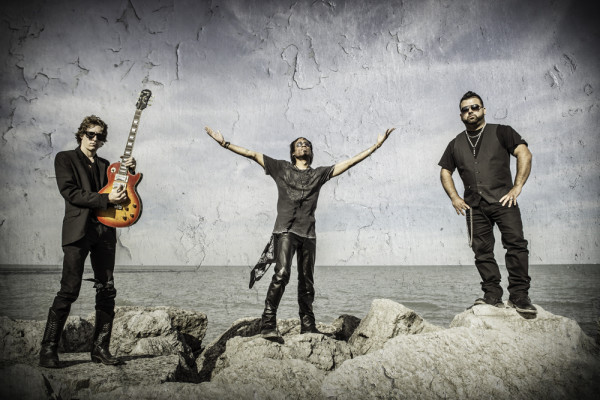 Hobbies? I don’t have much time for hobbies but I do draw pictures of sock puppets with boobs while eating Cheetos. I’m kidding. I don’t eat Cheetos at all.

What music scene? In Chicago, you have DJ’s with laptops and cover bands making all the money while the original artists generally starve. Nothing to address for me though, we don’t really play in Chicago.

I had invitations to audition for two of those three shows, but I declined because I didn’t feel it was for me-But if people feel it is right for them and their career goals, so be it. Doesn’t hurt the music industry, in my opinion because some people who were on those shows end up selling lots of records. And selling records is a good thing for the industry as whole.

They suck. If you truly like an artist, spend the 99 cents or whatever and help that artist continue to make the music your enjoy.

Tomasso knows quite a bit about how things work in Amsterdam and Robby walks with a strut.

Ginger. She seems like she would have been a fun chick to hook up with. Of course, this is only if we’re talking about me being old enough to hook up with her back then and not now!

Yeah, I know about vinyl but I never purchased a vinyl record… my parents had an awesome collection, so I didn’t need to.

Why would I choke Justin Bieber if I stuck on an island with him? I’m sure he’d be more helpful in aiding my return to civilization than a fiddler crab or a monitor lizard…

I don’t know her, so I have no opinion.

Are you serious? Real vocals.

The “next big thing” is so subjective. What are we talking? Record sales? Awards? Critical acclaim? Musical ability?

There is no one artist that fits that criteria for me. Sorry.

I dislike people taking photos of me.

It’s A Wonderful Life. It’s a classic-Great story and it makes me feel warm and fuzzy.

Check out the latest single from Pistolas D’ Pasion, Imposible-Available on MTV.COM, Amazon.com and other fine retailers. Big things are in the works for the band this year, so “like” us on Facebook and follow us on Twitter to get the scoop and most importantly, come see us live at a venue near you!