The space shuttle Challenger blew up?

I was 20 and working at G&G Generators… The Secretary ran out of her office saying “It blew up!” “It just blew up!”. We went into the office and watched the news…Shortly after Commander Scobee said “We are go for throttle up” one of the shuttle’s rocket boosters’ malfunctioned and the shuttle was destroyed as school children everywhere watched in horror. It was a sad day for all citizens of Earth. We lost a wonderful crew, a school teacher and the innocence of the Space Program.

As the weeks went on it was hinted to/revealed that some, if not all of the crew lived until the crew cabin hit the water some 2 plus minutes after the the Space Shuttle Challenger disintegrated.

Our then President Ronald Reagan spoke such elegant words that night as he addressed our Nation and the World.

“We will never forget them, nor the last time we saw them, this morning, as they prepared for their journey and waved goodbye and ‘slipped the surly bonds of Earth’ to ‘touch the face of God.”

So, where were you? 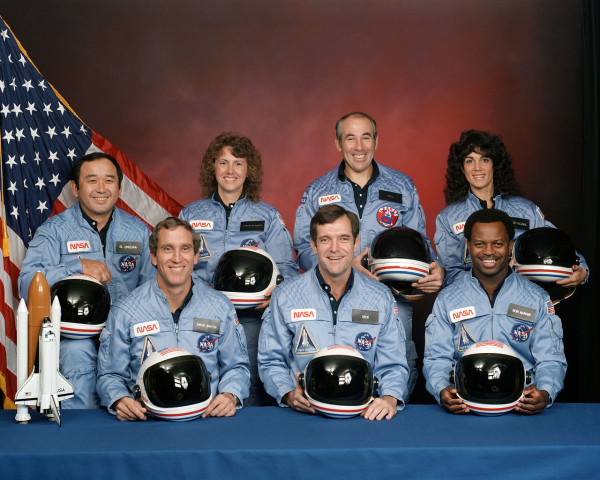