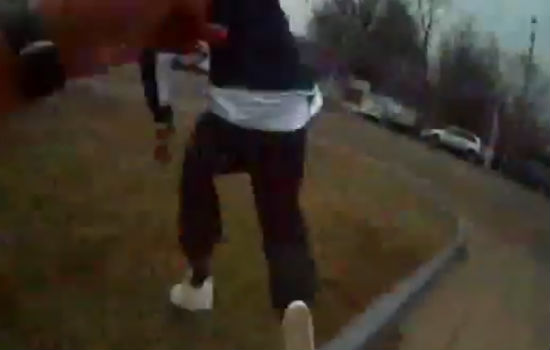 Evansville, a midsize midwestern town located in Indiana that used to be known for its concerts and stoplights. During the 70’s at the height of the CB radio craze,  over the road truckers called it “Stop Light City” because it had a stop light located about every block on the highway passing thru it. These days it’s known for its shootings more than anything. Seems there are shots fired almost nightly anymore.

In March of 2014 a traffic stop for speeding lead to a foot chase. As the suspect was about to get caught he pulled out a loaded gun and tried to fire at the police officer. I guess he must of figured if he was going to prison a Police Officer was going to have to pay for it and go to the grave… Fortunately for the Police Officer, the criminal practiced safe gun ownership and had put his gun on “safety” before hand. The gun didn’t fire and the jerk was taken down and arrested before he could unlock his gun. Now he has 30 years to think about his moronic actions…