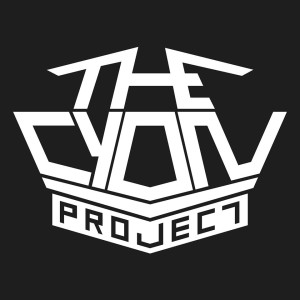 we are The Cyon Project, we come from Italy, Marco is the vocalist, Fabio the guitarist, Niko the drummer and Mad Mike the bass player; our journey started 5 years ago “in front of a junkyard, in a really smoky car”, if you want to know more listen to the second track of our new album “Tales of Pain” out on January the 27th you can find us at the following links:

We have planty of different influences and heroes, artists like, Queen, Tool, Led Zeppelin, Thin Lizzy, Ennio Morricone, Queens of the Stone Age, Mountain, Pantera… it could probably take a couple of days to name all of our inspirations!

We still don’t think to be in the position to give real pieces of advice, although we believe that Artists are too focused on having success and don’t care much about the artistic side of music anymore.

well, as you’ll listen in the track “Cheesy Song” from our upcoming album, in a certain period someone suggested our singer “stop singing Disco Music!!!”, today we all know he should have never started.

Once we had a concert, we stopped to have a listen to the next band, we got involved in a violent Pogo, after a while we noticed some blood on the ground, we tried to understand where that blood was coming from, Fabio and Mad Mike looked at each other undertanding that both their faces turned into red masks! then in the hospital they started to promote the band with the nurses… funny story.

Fabio likes to play indi-videogames, Nico’s passion is Reading Books, Mad Mike has too many passions, he has to think about it! Marco’s hobby is collecting old Vinyls and Music.

This kind of talent shows changed the conception of music for the audience, they are perfect to make short-life music and artists. as we already said before people has a distorted vision of music. one day you sing at the karaoke, the day after you are a star. music is supposed to be the result of work and sacrifice.

of course we think it’s a damage for the artist. we are all fans and we think that if you love a band or an artist there’s only one way to take: supporting them.

Nico: He hates Beer. Marco: He attended a “Voice Over” accademy. Mad Mike: His Original Instrument is Saxophone. Fabio: He has a dangerous addiction for gummy bears.

Yes! Marco collects them. One of his last entry a 1973 Original copy of “Sheer Heart Attack” from Queen.

You’re marooned on an island with Justin Bieber. Do you choke him out the first night in his sleep or what? 13-probably we would punch his face as many times as his youtube views

We are about to tour the UK! that’s quite a big Thing!

Mad Mike — Rage Against The Machine

Marco —– Back to the Future – for the amount of different emotions in it.

Fabio —— Batman- the dark knight rises because of the soundtrack

Mad Mike — The Snatch because of the amazing cut and characters