(Editor note:) Finally an interview I freaking dig! Jon goes all balls out on this one! Two middle fingers up! 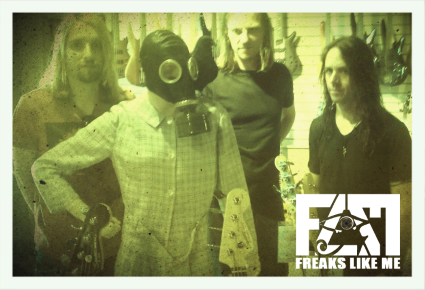 We’re a 3 piece rock band based out of Boston. Though we’re actually from different parts of the globe. I’m from Ireland, Steve’s from the US & Dave’s from the UK. We’ve been playing together now since 2009, & have just released our album ‘Philosophies for the modern ant’ through Pavement/Sony.
You can find us online on our Facebook facebook.com/freakslikememusic

Our influences are quite varied really. Everything from old blues guys like Son House, to stuff like Rush or Failure. Our tastes can be very different. We all love the Beatles, Nirvana, AIC, Tool. So we draw from everything I guess. We just like good music.

[hmtad name=”Adsense Unit 1″ align=”floatleft”]Jon: Have patience. Stay the course. Remember your goals & stick to them. You’ll meet a lot of dicks along the way. But they’re just roadblocks. Don’t let them slow you down. & I know it sounds corny as hell…But a bit of self belief goes a long way.

I reckon I’ve ignored far too many pieces of good advice in my life to answer that question accurately.

Best gig experience is a hard one. We’ve had many great shows in various places around the world. But, I gotta say Mathew Street festival in Liverpool was a personal favorite of mine. There were like 100,000+ jumping people. It was total madness. Worst gig…I won’t name the venue, but it was awful. Load in was a nightmare, load out was a nightmare. The sound system sucked. The sound guy was clueless, and we were all exhausted & in pain. We normally play anything up to 2 hours. But that night
we just trashed the stage & left after 60 minutes. We won’t be making a return to that place any time soon.

I write quite a bit & like art. Digital artwork keeps me busy when I get bored.
Also, on occasion, I like to strip off bollock naked, cover myself in marmite & run blindfolded into a rough neighborhood armed with nothing but a French baguette and a dead hedgehog. But, only when the mood takes me.

The music industry is just a wasteland now isn’t it?. I mean, People are just trying to make it, trying to survive in place totally dominated by these corporate whores & faces. Everything is sexualized. Its beyond crazy. Kids are watching this & following their leads. Because that’s what kids do. They imitate. Some could argue that watching some of the rock bands of today can be just as damaging. Bullshit! I’d much rather sit my seven year old in front of a Slipknot video than have her sat there staring at some dude practically rubbing his bellend off the camera lens, or some trashy tart lip syncing to some innane drivel whilst dressed like a bad kerb crawler.

I hate those all of those shows so much…with a passion. You could bottle the disgust I feel for them. The judges are simply awful. Laughing & jeering people, even when they appear to be challenged in some way. They should all be lined up & kicked into a dark pit, Spartan style.

Thats a difficult subject to address. I’ll be the first to admit that I’ve done my fair share of downloading. All in the past of course, ahem. The thing that annoys me though, is People acting like its all new.
Its really not. I, like a lot of people, was illegally ‘downloading’ stuff in the 80’s & 90’s, from the radio.
Remember, Cassette tapes? Push play & the big Record buttons together. trying to catch all your favorite new songs as they played on the Saturday Radio Rock show. Copying music has been there for a long time, & it will be there for a long time to come. Money will still be made, t-shirts sold, tickets bought. The
industry always finds a way. 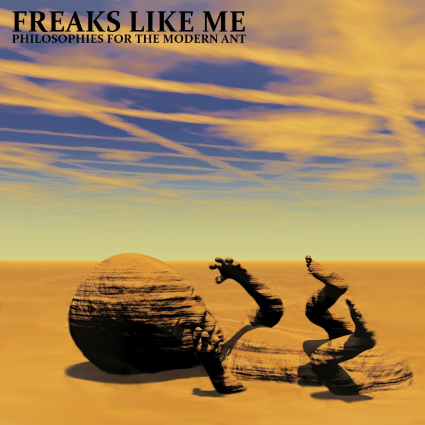 Dave once quit a band when they asked him to wear what he perceived to be a ladies blouse on stage. Oh, & Gwen Steffani once made him a cup of tea. Steve may kill me for saying this, but he has an unbelievable curve at the end of his spine. I mean, really bad looking. Like, it should be
completely debilitating, he was told this by a medical professional. But somehow he can still drum better than anyone I’ve seen. He just gets on stage night after night & wails on those things. How, I will never know, & either will his doctors. He really is a freak of nature.

I’ve actually only watched Gilligan’s Island a couple of times as a kid & remember nothing of it. But, I have just phoned a friend. I’ll go with Ginger Grant, Final answer.
Do you know what a vinyl album is and have your ever purchased one? If so, what was it?
I used to have quite a bit of vinyl a few years back, but it was pilfered by a bunch of utter cunts! (am I allowed to say that?….moving on) (Editor note: cunt is perfectly acceptable, so is pussies, dickbags,ass hats, etc) I still have a couple. I have an original pressing of The Doors – LA Woman, which I still love.

Sorry, I’ll have to go with Ozzy on this one…Who the Fuck is Justin Bieber? Could I somehow make a canoe out of him?

For a truly worthwhile answer, you should be asking her dad Billy Ray. I saw a great photo recently of Miley posing with a fan, in her skimpiest underwear, tongue out as usual. The mirror behind them caught the refection of a very sad & broken looking Billy Ray. Can you imagine seeing your daughter go from sweet country styled teen to twerking, sledgehammer licking ball rider?

Nobody should be charged money to see someone mouth the words to their own songs. Its an insult to the people that paid to see a Live show.

I could be a douche here & Say FLM…But honestly, who knows? There’s a ‘New Big Thing’ or must have product almost every time you switch on a tv, or pick up a magazine. People need constant distraction so that they don’t have to pay too much attention to whats really going on in the world around them.

John Lennon. I think I’d go insane if someone took that away from me. I’ve loved Lennon/The Beatles since I was five years old. Its in my blood. It would be like taking away my oxygen.

Favorite movie of all time and why.
Cool hand Luke, Paul Newman. I just love that movie. It about a guy that just won’t give up, won’t give in. He fights & fights, even when he knows he’s lost. When the odds are just stacked against him. I’ve always admired that character.

I could say many things here, but I won’t bore you all. I’ll just say, support ‘Real’ music! Don’t get suckered into the mainstream bullshit. Go see live some shows & support your local clubs. & finally…buy our  album! We need your support too! The music industry isn’t the suits or the faces behind it. It’s all of you guys out there. Your support can change everything! & looking at the state of music today, a change needs to happen!