Just watched the trailer twice. The originals are nostalgic and classics. So why screw it up? Hollywood is out of ideas that’s why. Way out of ideas…Remember when Rusty and Clark shared their first beer? Great stuff! The somewhat hidden sexual innuendos? Well, in the new trailer, there are at two …..WARNING!…………

[hmtad name=”Adsense Unit 1″ align=”floatleft”]Dick jokes that aren’t hidden in the least. Words like “rimjobs” and “glory holes” that are used by the kids. Hey, I am no  prude but really?.. So much for trying to be sly about it. Audrey’s love interest also parades around in his underwear and he apparently has a huge “third” leg if you know what I mean.I mean huge! He would probably buckle a gay guy!..In National lampoon’s European vacation at least it was somewhat subtle. As the large German sausage dish was being served by Helga at dinner Audrey said “God I miss Jack”. That joke went over the kids heads but the parents got it…This trailer isn’t hiding anything.

It may have a few moments of laughter but it will be hard to top or even come close to any of the originals. I hope BeetleJuice 2 is more promising. 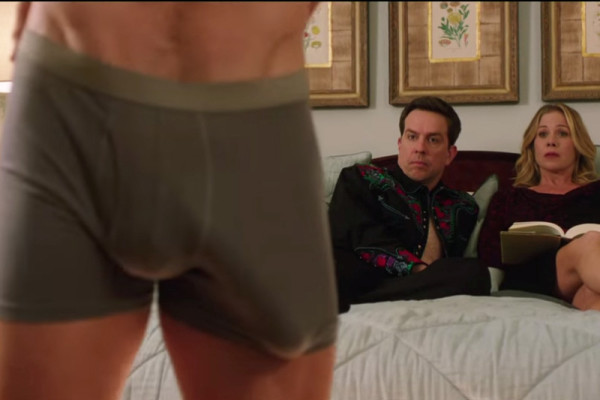