[hmtad name=”Adsense Unit 1″ align=”floatleft”] Growing up in the seventies was a great time. Good music and SUMMER BLOCK BUSTER movies! I am sure everyone remembers the first time they saw the movie Jaws! The opening scene with the girl swimming alone? The shark toys with her for a few minutes and then, it’s over. She was gone! We went to Florida the year it came out. It seemed like the beaches where empty! It’s been 40 years since the shark terrised Amity Island. Well it’s back! It’s being re released into theaters 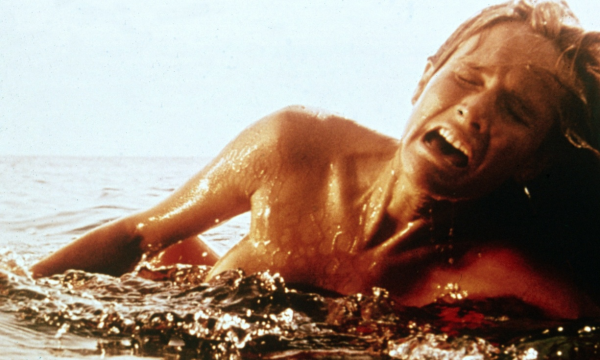 Jaws, 40 years on: ‘One of the truly great and lasting classics of American cinema’ | Film | The Guardian

First things first; Jaws is not about a shark. It may have a shark in it – and indeed all over the poster, the soundtrack album, the paperback jacket and so on. It may have scared a generation of cinemagoers out of the water for fear of being bitten in half by the “teeth of the sea”. But the underlying story of Jaws is more complex than the simple terror of being eaten by a very big fish. As a novel, it reads like a morality tale about the dangers of extramarital sex and the inability of a weak father to control his family and his community. As a film, it has been variously interpreted as everything from a depiction of masculinity in crisis to a post-Watergate paranoid parable about corrupt authority figures. But as a cultural phenomenon, the real story of Jaws is how a B-movie-style creature-feature became a genre-defining blockbuster that changed the face of modern cinema. In the wake of the epochal opening of Jaws 40 years ago, the film industry would find itself on the brink of a brave new world wherein saturation marketing and mall-rat teen audiences were the keys to untold riches. To this day, many consider the template of contemporary blockbuster releases to have been laid down in the summer of 1975 by a movie that redefined the parameters of a “hit” – artistically, demographically, financially.

According to David Brown, one of the film’s producers: “Almost everyone remembers when they first saw Jaws. They say, I remember the theatre I was in, I remember what I did when I went home – I wouldn’t even draw the bathwater.” I was no exception. I first saw the movie at the ABC Turnpike Lane in north London at the age of 12. It was a Sunday afternoon and I’d had to catch two separate buses to get to the cinema. I sat on the right-hand side of the packed auditorium and I remember very clearly finding the opening sequence so alarming that I wasn’t sure I’d be able to get through the rest of the film. As I told director Steven Spielberg several decades later, watching poor Susan Backlinie being dragged violently back and forth by an unseen underwater assailant, screaming blue murder, I genuinely feared that I would lose control of my bodily functions (“I like that!” laughed the director).

For more of this great article go here <THEGUARDIAN> 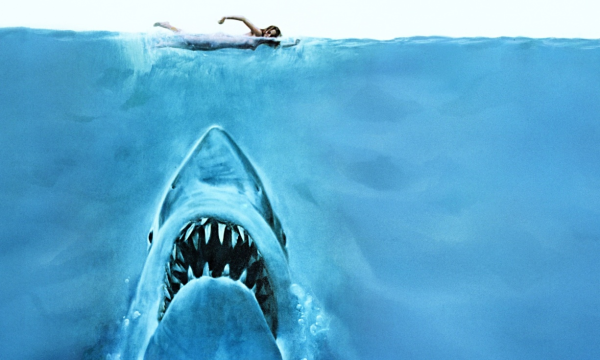