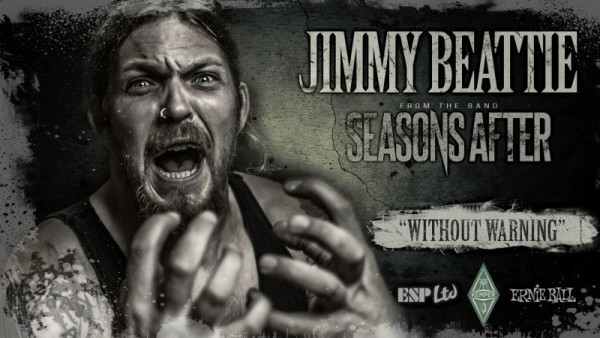 Jimmy Beattie is the lead guitarist for the band SEASONS AFTER.

The band has several Top 40 singles in Active Rock World and they are
currently pushing a new album entitled “Calamity Scars & Memoirs”.

The latest single off the album is called “Weathered & Worn” and is
currently in the Top 50 songs at Active Rock Radio.

Here is Jimmy Beattie performing a guitar inspired track of his own called
“Without Warning”!

For the entire interview of “SEASONS AFTER”

Support Music! Check out the band Seasons After here: