NORMAN MATTHEW: (in the vein of Tenacious D) Murder FM, greatest band on earth haha! We are the second coming of arena rock and not to proud to say

NORMAN MATTHEW: KISS, MOTLEY CRUE, GUNS N ROSES for that big, edgy, arena rock sound with huge hooks. THE CURE and DEPECHE MODE for introducing a dark, sleek, sexiness to lyrical content, because I’m not much a partier, so I really connected with that growing up, along with a dark classiness to band imagery I fell in love with. Then there was NINE INCH NAILS. Trent changed the game for me and opened my ears to an whole other sensory level of production. I adopted Trent Reznor’s work ethic in that i write the songs for the band, then bring them to the jam room to bring them to life live. Im not a jammer, i like to have a blue print or a road map with at least a general idea of where I am heading. NIN really influenced me production wise as well..

NORMAN MATTHEW: Learn it from the inside out!! Educate yourself on every level from management to booking, from being a roadie to a producer. The only way to be successful in this new industry model is to understand the business at the core, from the inside out, much like executives need to have product knowledge. The educated musician is the musician that will survive in this new world order of music.

NORMAN MATTHEW: I have listened to every piece of advice ever given to me from anyone who came before me was willing to give me. I may not have followed it all, but I tailored it to what fit me. Best advice I ever received, “be careful who you step on the way up, because you see them on the way down” and “they can’t feel what doesn’t have feeling, so put every bit of yourself in every note”, i morphed that one so i can feel yoda like.

NORMAN MATTHEW: Hmmm, that’s hard. EVERY show comes with it’s own set of challenges, from travel to sleep deprivation, the stress of having a hand in the business and in the creative, but i try to not focus on the negative and i never, ever look back or dwell on what i could’ve done, i just learn and move on. DEF greatest memory, first UK tour being sold out and performing in cities I only dreamed of as a kid such as Cardiff, Wales, Glasgow, Scotland and London, England, UK Fans Represent!

NORMAN MATTHEW: Sit in the dark and eat Cheetos haha! I’m a video game freak, love WWE Wrestling, I re-watch episodes of King Of the Hill and I’m addicted to DDP Yoga..yup I said, ALL of that.

NORMAN MATTHEW: I don’t really pay attention to the scene, I’m too busy worrying about creating OUR scene and bringing something new to the table. Time for a new regime and a new legion to take over. I’ll either succeed or fail, but it will be on my terms and with my peeps \m/

NORMAN MATTHEW: Both. Anything that can give an artist exposure and a chance to thrive in the business is always a plus to me on any level, i’m not a hater like that. I do feel it has hurt the mentality and the work ethic. Perception is reality and on the outside, it makes it seem like all you have to do is get on one of these shows, competition or in a battle of the bands and you are set. It takes years of work, blood, sweat equity and tears. You have to earn your way up the proverbial latter within the industry and network, while creating your brand, understanding your market and growing as an artist. Opportunity only pays off when an artist really has something to offer. Until then, keep driving in that van and jamming in the basement until you know in your heart it’s right. If your mind is connected to your heart and your soul, you will know.

NORMAN MATTHEW: Sucks. I love it as a consumer, but as a musician, it’s hard. It’s not about the money, but it’s about your favorite artist being able to survive as a musician and financially sustain yourself to keep creating. People seem to think if you are a “rockstar”, you are somehow rich. Spotify pays crap, Who knows what Apple Music will do and do some simple math of your own, split $0.99 between, band members, manager, label, distribution, marketing and you tell me who’s robbing who at the end of the day haha! If you are going to take music for free, at least support your favorite bands by going to the shows, buying the merch. and spreading the word like a disease, that’s the best way to help your favorite artists art.

I thank you in advance! \m/ 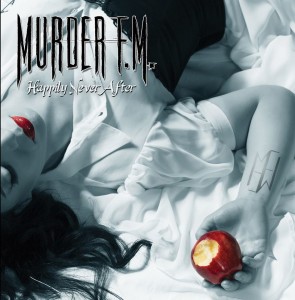 Click the album cover to get it at Amazon!

NORMAN MATTHEW: I wish I could. We are all pretty chill dudes, no good drama and weird quirks. We like to create and maintain all our madness onstage…and believe me…it shows

NORMAN MATTHEW: That’s a loaded question, that could get me in trouble no matter how you slice it haha! If i HAD to pick, it would be either Gilligan for the laughs or Ginger for the…..laughs, yeah that’s it!

NORMAN MATTHEW: are you kidding me? i grew up on vinyl. My 1yr old loves to listen to KISS “Alive II” or Guns N Roses “Appetite For Destruction” before bed with me, not even kidding! Those are his lullabies.

NORMAN MATTHEW: I’d keep him around just to torment him, If I killed him, then I would be bored. Hopefully he owns the island we are marooned on, then I’d live it up! I have the super power of tuning people out, so it’s easy for me to ignore things.

NORMAN MATTHEW: who didn’t love “Achy Breaky Heart”? Oh wait, that’s her dad ha! I don’t ever pay attention to that celeb scene because it’s a waste of my day. It’s like, who cares and how does this effect me and my life? so im pretty out of touch with all that and always will be.

NORMAN MATTHEW: Lead Singers being lead vocalists of course! I Love hearing a singer tell their story, even if it’s breathy or pitchy, it’s real. Additional vocals in live production on track are nothing to be scoffed at though, some huge productions have to do it and much like playing to a metronome or click track live, you have to be spot on, the whole time. So as long as there’s reality in the mix, i don’t mind a little fantasy to ensure the live show is amazing. People pay their hard earned money to see a great show. Deliver.

NORMAN MATTHEW: Murder FM. haha! I don’t know, it’s hard to tell, attention spans are so short these days and technology allows Anyone to put Anything out, there’s no natural filter anymore. Murder FM want to bring rock back to arenas \m

NORMAN MATTHEW: I’m terrified of karaoke. I don’t drink and i play an instrument, so you can see where i’m a terrible candidate for karaoke, i take it too serious haha!

NORMAN MATTHEW: Nightmare Before Christmas. The imagery, the characters, the story, the combination of my two favorite holidays and without a doubt, the score by Dany Elfman. I absolutely love his work.

NORMAN MATTHEW: You know what grinds my gears? People looking down on Fake boobs, why do people frown upon them? i mean really, they aren’t fake. i can see them, touch them, they don’t disappear and make my Ocd very happy. hahahahaha! I’m sure that will get me in all kinds of trouble, but i don’t really think about many other things. Man, born and bred! “Sex,Sex and Rock N Roll”