Over 30 years ago a drunken Ozzy dressed in a dress stopped and urinated at the Alamo. I remember it like it was yesterday. He was banned for life after that. But time and a little cash thrown at it heals all things… 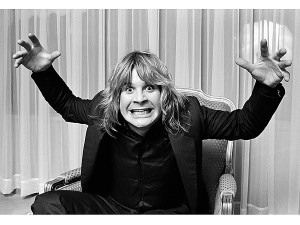 According to MySanAntonio.com, Ozzy Osbourne will return to San Antonio, Texas today (Thursday, November 5) to apologize for urinating on the Alamo Cenotaph in 1982. The singer will reportedly visit the monument with his son Jack and a film crew and will tape the whole thing for their new show for the History channel which has been described by Ozzy as “a father-and-son spoof on history.”

“We did get a call,” District 1 Councilman Roberto Treviño said. “Certainly, as a city, we feel very, very good about his efforts to come to our great city and apologize for the actions of a not-so-sober person.”
Read more at: Blabbermouth