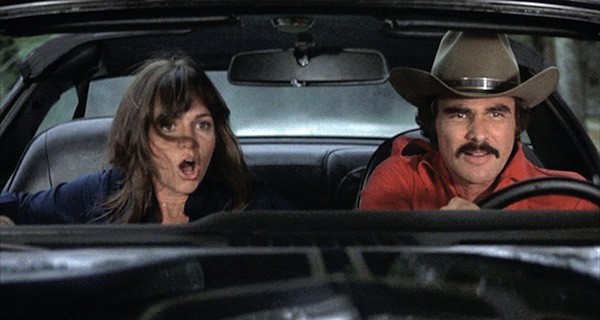 You heard about the legend of Jesse James,

And John Henry just to mention some names.

Well there’s a truck driving legend in the south today,

Burt Reynolds. The man, the myth, the legend. I  sat alone  thru 6 different screenings of “The Smokey and the Bandit” at the Old Orchard movie theater way back in 1977. That Black Trans Am, “Frog”, Snowman, Sheriff Buford T. Justice, Jr, The Burdettes and who can forget “Fred”, made for one heck of a car chase movie!

Burt ruled the big screen during his heyday back in the 70’s. He had a #1 box office movie five years in a row. No one had did that before or since. He also is basically  the reason why “Playgirl” was invented.

He has a new Memoir out called “But Enough about Me“.

“During their marriage, he claims, she “bought everything in triplicate, from everyday dresses to jewelry to china and linens. She bought designer gowns for 10,000 dollars a pop and wore them only once. ‘I never wear a dress after it’s been photographed,’ she said. ‘I have to dress like a star.’ ”

When they finally pulled the plug after five years of marriage, Reynolds received a thank-you note from Princess Diana for “keeping her off the cover of People magazine.”

“I was Number One at the box office five years in a row, which I don’t think anybody has done since,” he writes. “In 1978, I had four movies at once playing nationwide. If I met you then, I’m sorry.”

The one that got away. One of his life regrets.

For more of this very interesting story go here: NYPost