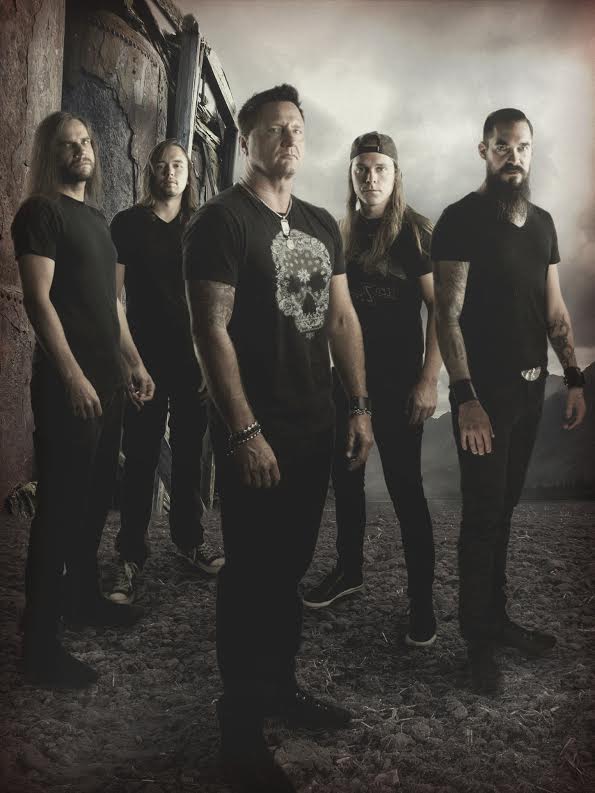 Responses by all members as noted:

Kelly: All my musical heroes are based upon seeing them perform live and processed the ability to move me emotionally in a way that can only be described as electric. David Lee Roth (early years), Jani Lane, Scott Stapp (early Creed years), Brent Smith (early Shinedown), Jeff Keith, Brett Michaels, Katy Perry, Gwen Stephanie. Authenticity rules.

John: Crowbar, Pantera, Metallica, Hank III, Slayer, Twenty-One Pilots, Florence And The Machine, Massive Attack, Lana Del Rey, Die Antwoord…a multitude. I take in something from everything. If it sounds good, it goes into the memory bank and I pull all I can from it.

The only advice that I consistently share is to do it because you love it. No matter what happens, good or bad, there are rewards and disappointments, either way. Making music and bringing something creative and beautiful into the world is it’s own reward, regardless of fame, money and popularity. If you have that attitude, then good things and opportunities will make themselves known at the right time and even if they don’t, you will be fulfilled and satisfied.

Kelly: Never give up and there is no longer such thing as being too old. Stay in shape, take care of yourself and follow your heart. Just because you have a family and are forced to “quit” the band, don’t stop playing and writing. If it’s what you want to do, you can do it, it may just NOT unfold the way you think was supposed to.

Kelly: So far nothing I can think of. I typically listen to everyone and let it settle in, eventually if you are true to yourself and to others the right way will be unveiled as we go along.

Thad: None that I can think of. I have an issue with taking advice to begin with. For the most part I have no regrets in this matter.

Kelly: The very first time I performed on stage my favorite song at the time was called Overrated. I completely forgot the words and made up both verses on the fly by rhyming and mumbling.

John: The worst would have to be the twenty minute trip between the main road and the destination at the Festimod festival in Madrid, Spain. You have to drive right next to where the entire city’s sewage runs to. True story, the worst smell in the world. The best would have to be playing direct support for Metallica in the same city.

Jack: Other than music. I love playing soccer. I’ve played since I was 3. Had the privilege of playing in Europe . Also big into working out and spending time with the nephews.

Josh: It sucks. People are just lazy and would rather watch it on YouTube

Thad: It’s certainly hasn’t brought any substantial value to the game. I’m fairly indifferent to talent shows such as this anyway. There is a downside to it, of course. Here we have starving, ambitious talents who
will lay their hopes and dreams before a panel of random judges, and they’ll be put through trials to determine their worth as a valuable contender. For some, it’s a make or break moment. That’s an unfortunate way of approaching it. The only test I feel is worthwhile is the road test. Tour tour tour. Your panel of judges are an authentic audience, and that matters. That means something.The upside to these talent shows are the ones who don’t win, but still continue to tour after their little bit of TV limelight has come and gone. When all is said is done, the touring life is the only real currency in this business anymore.

Kelly: Well from a financial standpoint it has crippled the industry for a majority of bands. However, given the option of having someone take it for free vs. pay, please take it but at least come to one of our shows. Have some respect for the amount of time and money it takes us to create these songs. At least give us a shout out once in a while. Free music and tour buy on’s make it nearly impossible to even come close to breaking even for 90% of bands. I have not stolen a song since back in the Napster days. I understood the problem with it and don’t do it. Even before I was in a band. Even today I spend hundreds on I-Tunes cards for my kids.

John: I think the latter part of my “influences” answer may be something that wouldn’t be expected. That, and I do a damn good impression of Josh, our guitar player. It’s pretty spot on and always good for a laugh.

Jack: I suppose something that most wouldn’t expect from me is that, when I’m not touring around playing drums, I work healthcare. I’ve worked with kids and adults who’ve sustained brain and spinal injuries along with working at Arkansas Children’s Hospital. I love helping people. That won’t ever leave me.

Josh: I waited tables for 10 years in every restaurant imaginable while looking for my big break with music.

Thad: I usually don’t listen to metal when I’m on my downtime, very rarely, in fact. There’s so many varieties of music out there, and I embrace, own and listen to everything I can get my hands on. To me, a
good song is a good song, no matter the genre or when it was made. I embrace all of it. I mean, right now I’m listening to Blind Willie McTell, sooo..

Kelly: Everything that is happening in my life today I imagined it years ago.

Josh: The skipper because that’s the only part of the song I remember. Jack: Hmm..stuck on an island with the Biebs. I’d probably try and get a NoMara shoutout via his twitter or Instagram before he gets choked out. Either that, or see if he could introduce me to some Hollywood ladies. But classy ones.

Jack: Ole Miley. I don’t think she’s all that bad. She actually has a good voice. Other than that, twerking is stupid. Also, I miss her long hair. She had it going on then.

Kelly: Really strange question. Real vocals all day long. Most rock songs today including our own have so many layers to them that it helps fill space using a small amount of background tracks. NEVER is actual lip
synching involved.

Josh: Anything that appeals to the masses and has a capitalist agenda. It’s all about money not art. So whoever can create a dance while simultaneously telling you you’re not cool until you have expensive clothes, cars and women. That will be the next big thing

Kelly: Tesla, without question. My story with Tesla is amazing.

Kelly: When I was 16 my mom had a car I had to drive….the bad part, the license number was BJI 69. Not cool and NO they were not personalized.

Jack: Secrets?? I don’t really have any secrets. I scratched my head for a while with this one. I wish I had a good one. I can eat a tub of Nesquik powder in like 2 days. That’s 72 servings according to the tub.
It’s a real problem.

Jack: Anyone who knows me hates the fact that I’m not much of a movie watcher. They’re some really good ones out there. I’ll go with The Fifth Element. It’s just a solid movie. Former badass who becomes a deadbeat. The supreme being falls in his lap and they save the universe together. Deebo is the President?? A lot of curveballs and orange hair.

Josh: Fight Club. Because every time I watch it I learn something new about myself.

Thad: Nightmare City (1980)!!! Kidding, kinda. Although it certainly belongs high up my list. I’m such an extreme film fanatic that makes this question impossible to answer. My tastes go all the way back to the silent era, with films from all over the world. Movies from Sergei Eisenstein, Jean Vigo, Akira Kurosawa, Andrei Tarkovsky, Jess Franco, Dario Argento, Lucio Fulci, Federico Fellini, Mario Bava, Tod Bowning, Fritz Lang, F.W. Murnau, the list goes on and on. I’m afraid this the best answer I can give on this subject.

John: The Shining. For many reasons, unknown to me, I really identify with Jack Nicholson’s portrayal of Jack Torrence.

Kelly: I took the liberty to answer this question. If you are a fan of rock and roll and want to HELP keep it going so your children and grandchildren can experience and enjoy, make a New Year Resolution for 2016
to:

1. Look up the active rock charts and LISTEN to 5 bands outside of the top 20.

2. Go see 2 of them and bring 2 friends at least once during the year

3. Purchase one thing from them

4. Share and push those bands to all your social media friends.

5. Do it every year and get 5 of your friends to do the same

This small request will keep it alive and allow us to create more ear candy than you can consume! Until then, download our EP “…And So It Begins” for FREE via the link below. Come see us in 2016 and purchase our full length CD during the first quarter of 2016 ONLY after you downloaded the EP for FREE and like it.

Those American Rebel Forces are your instructions