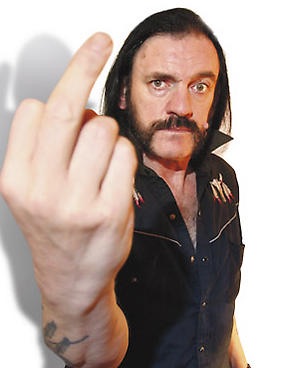 It’s been a damn bad year for MotorHead and now this. Losing former drummer Phil “Philthy Animal” Taylor a couple of months ago. Lemmy having health issues for the past couple of years and now according to Eddie Trunk has passed away also. A formal news release coming tomorrow.

Lemmy was the real deal rock and roll star. He gave not two shits about public opinion and played life by his  own rules. He roadied for Jimi Hendrix back in the day. He was the first guest VJ to smoke on Mtv and blew off being chastised by it on the air (It’s on YouTube) He basically at the time said he is 42 years old and could do as he damn well pleased. He smoked two packs of cigarettes a day and drank a fifth of whiskey and he played the bass guitar and sang like a MoFo!

R.I.P. Lemmy. I will toast a beer in your honor tonight!