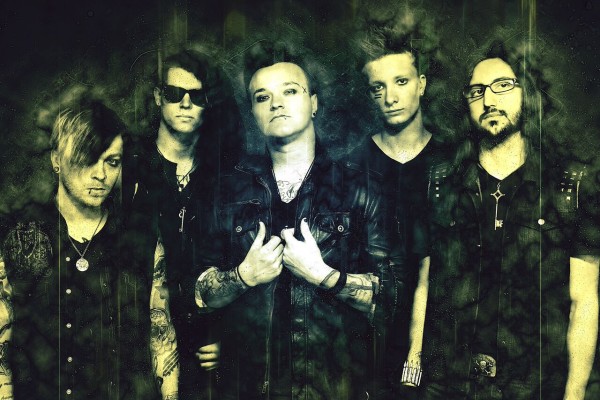 The band has many different musical heroes. Everything ranging from Michael Jackson to Periphery, Incubus, Karnivool, Red, Justin Timberlake, Papa Roach…. There are many for us, and from all over the genre map.

I think the best advice that I could give would be to never give up! This industry is tough and full of speed bumps in the road. Those who stick it out through the thick and the thin are the ones that make it in the end! Work hard and never give up! The most successful people in life are the ones who failed the most!

When we first started we went to go work with a well established rock singer(who I won’t name at the time). We were told by multiple people that he was going to screw us over and that we would end up regretting it! They were correct! That advice ended up costing us thousands of dollars and a lot of wasted time! I wish we would have listened to that one from the get go, but we were blinded by the shiny lights and promises that were never filled.

There isn’t a “greatest gig” story that is just jumping off of the page! We have had so many great shows in 2015, that it would be hard to pick! Both the Saint Asonia and Theory of a Deadman tours were filled with those greatest gig nights! For me ( Scottie ) the worst gig would have to be back in 2012, I believe, when I broke my ankle on stage in front of a sold out home crowd…..IN THE FIRST SONG!!!! It was horrifying, but I didn’t stop the show! Once my adrenaline got going again, i was feeling good. That is until I got off the stage and went back to the merch table! Once i sat down and pulled of my boots, it looked like someone shoved a softball in my ankle! Needless to say the next few months of touring were a pain in the ass. Nothing like being on the stage in a bright red cast.

I like to collect pipes haha!!!!! I also recently bought a drone, and that little thing is awesome! May be the start of a new hobby, may not! You will have to check back with me on that one. As far as the other guys, we have some pretty extreme gamers in the band. We also have a severe tendency to nerd out to Star Wars, Batman, The Walking Dead, and other kick ass super hero stuff!!!

The scene has it’s ups and downs. Recently we’ve seen a pretty decent change in the amount of people at shows! It all depends on where you are and who is involved though! Some places you would never expect have some of the best scenes and other places you feel would be amazing don’t seem to pull a crowd. I believe the scene will always be alive. People crave live music. There isn’t anything quite as passionate that you can experience.

I definitely don’t think they hurt the industry. Just because of those shows, people aren’t going to stop listening to other music. I think that it is a good avenue for some people who might not have the freedom or opportunity to get out there and grind like we do, but on the other hand, it makes it easier for people to just go do without figuring out who they are as an artist or without the drive to get out and do the work
themselves. It’s all just TV. I don’t really care too much about any of them, but more power to those who find that as their best avenue to pursue their dreams.

It sucks, it’s here to stay, and there are other ways. It is the most basic form of stealing, but there doesn’t seem to be much that we can do about it. There does seem to be a massive shift to streaming music from
apps like Spotify and iTunes, which makes me a little happier to see, but the fact of the matter is that these companies aren’t paying the artists much either. I hope sometime in the near future there is a solution to
this. It’s only fair that the artists get paid for what they created.

Mikey is into Japanese Metal music. He’s big into groups like DollsBox. Anthony has actually played guitar in every other band he’s ever been with other than Artigas. Cody has a total soft spot for Almond Joy and Jared has still to this day never seen Star Wars

Ginger…. let’s face it, she was the hot one

Of Course. I used to have a pretty massive Vinyl collection with everything from Elvis, to The Beatles, Led Zeppelin, Pink Floyd, etc. And then my crazy ex girlfriend stole them all. I haven’t seen them since!

I’d put him in a cage til I ran out of food!

Real vocals all day, every day! I have lip syncing

I’m hoping we are!

Rockstar. First of it’s a music movie based around metal. Secondly it’s a movie where a guy follows his dreams no matter what!
Our last question is called “Shout It Out Loud”. It’s were you get to talk about whatever you want to talk about. So go ahead and “SHOUT IT OUT LOUD”!

If there is one steady thing that I always like to preach, it’s for people to chase their dreams! This life was meant for you to do what you love, and to go after what you want to be. I know it’s easy sometimes to get sucked into working a job you hate to make ends meet, but if i’ve learned anything through all of this, it’s that no matter what, if you really want something and chase after it with everything you have, then there is no reason that you shouldn’t succeed. Take the risk, take a chance, have some faith in yourselves! Dream big!