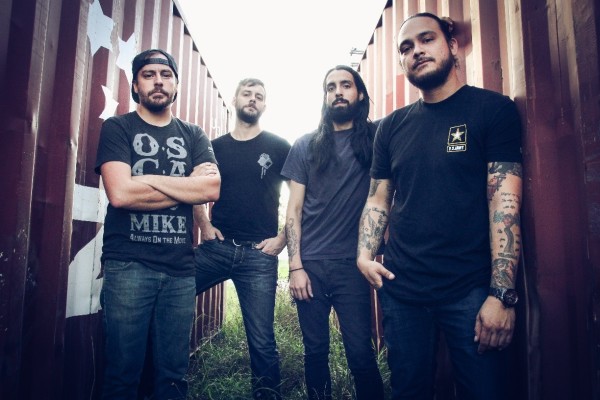 We are a group of young strapping lads from the south that should never be left alone with power tools. Haha We’re the everyday dudes from right down the street and we happen to be in the rock band Another Lost Year. We have some social media stuff, I think it’s called The Facebook and The Twitter
and The Instagram. Also 2 sites, whoisALY.com <http://whoisaly.com> and anotherlostyear.com. We play roughly 200-250 shows a year. Coast to coast and border to border.

Music should make you feel something. Have you ever listened to any of these bands and NOT felt something. Next question

Haha I can’t say those…. At the end of the day we’ve carved out our own path. It’s what we’re known for. It’s what I hope we’re always known for.Integrity.

Every show is its own thing. But watching the Midwest markets grow from nothing to 150+ people a night is one of the best feelings ever. The nights that we play to smaller crowds where you have to rely on connection though…. That’s where the magic is.

I collect watches. Seiko to be exact. I just score a sweet 50th anniversary divers kinetic. My boy Eric, he’s a pilot. Not that that has anything to do with anything, but he has a similar obsession. And I wanted everyone to know I have a pilot friend.

It varies. It starts with the bands. Then the promoters. Then the venue. It’s a joint effort. We’re all responsible for growing it or killing it. You have a pet? Do you feed it?

I may have been on one of those. Tried out for all three. Who knows. To each their own. We hurt the industry as consumers. We let this happen.

Can’t stop it. Embrace it. Napster was the best and worst thing ever. Again, we’re all to blame.

There isn’t much people don’t know about us. We’re people. We have good days. We have bad days. Much like every other person. Sometimes you catch us in a funk. That’s something about all of us people probably didn’t know.

Haha I do. Also I know what lazer disc is. DO YOU? I have purchased many a vinyl. Probably my favorite though is Otis Redding. I love the smell. The sound. All of it. (Editor: Lol good come back on the Lazer Disc! It was a great concept that never really took off, too bad :(…)

I’m actually digging his new stuff. I know. I know.

She grew up in the spotlight. She’s just being her. I follow her on social media. She’s a beast.

I’ll pretend like you didn’t ask that. We run no tracks. That’s where I’ll leave that.

Anyone who works hard. You don’t become legendary by buying your place. You earn it. You make people care when they don’t want to. Success is defined by many different levels. I feel Another Lost Year has a many of the pieces and we’re connecting the dots. Shameless plug.

I take selfies in the gym. Daily.

Check out our new album first and foremost that drops in June. The new EP comes out in a matter of days, also, if you’re of age, go vote. I don’t care for who. Just do your part. Remember. Make them care. Thanks for taking the time to chat.