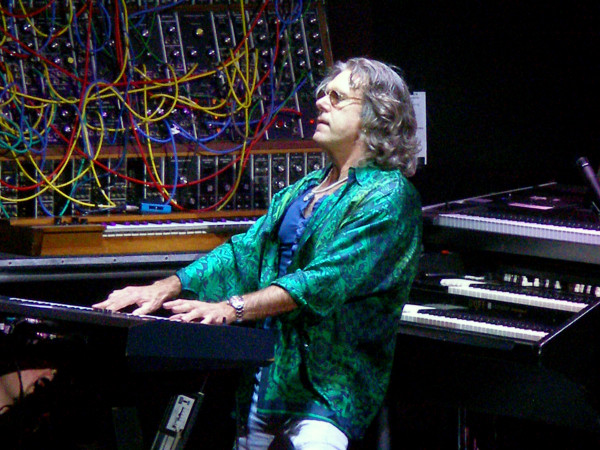 According to his girlfriend. He was concerned about his playing at his age and having hand issues.

I have seen this time and time again. Musicians are quick to smell blood in the water. The younger ones will say the older ones are too old, need to retire, or say they are no longer “needed” for a lack of better words. I remember reading years ago that the late Del Shannon took his own life because no one wanted to hear anything new he had recorded. They only wanted to hear his two hits…

Here is what Keith Emerson’s girlfriend had to say…

Keith Emerson‘s girlfriend has told U.K.’s Daily Mail that the EMERSON, LAKE & PALMER keyboardist killed himself because he was concerned about the nerve damage to his right hand which had affected his playing.

Mari Kawaguchi found the 71-year-old musician’s dead body around 1:30 a.m. Friday after returning to the apartment they shared in Santa Monica, California. He had an apparent self-inflicted gunshot wound to the head, police said.

“His right hand and arm had given him problems for years,” the 52-year-old Kawaguchi said. “He had an operation a few years ago to take out a bad muscle but the pain and nerve issues in his right hand were getting worse.

“He had concerts coming up in Japan and even though they hired a back-up keyboard player to support him, Keith was worried.

“He read all the criticism online and was a sensitive soul. Last year he played concerts and people posted mean comments such as, ‘I wish he would stop playing.’

“He was tormented with worry that he wouldn’t be good enough. He was planning to retire after Japan.

“He didn’t want to let down his fans. He was a perfectionist and the thought he wouldn’t play perfectly made him depressed, nervous and anxious.”
Read more at http://www.blabbermouth.net/news/keith-emerson-feared-he-could-no-longer-perform-perfectly-for-his-fans-says-his-girlfriend/#3uqFYB1vbt6jpBAr.99