his friend Jim Breuer. If the story is true, it doesn’t look like the AC/DC camp are nice people… 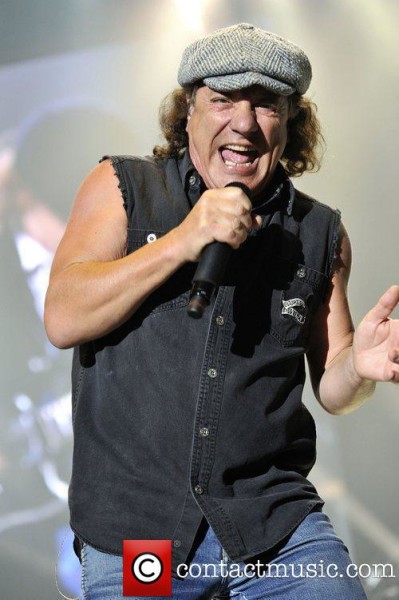 Following on from reports that AC/DC frontman Brian Johnson would stop touring with the band due to hearing issues, a close friend of the vocalist has come out and said that he was “kicked to the curb”.

CantonRep.com reports that Johnson told comedian and friend Jim Breuer – whose new rock album the AC/DC vocalist sung on — the news after a show at McCurdy’s Comedy Theatre in Florida last week.

The band’s situation was then broadcast to listeners of Breuer’s podcast, The Metal In Me.

In the new podcast which was posted today, Breuer claims Johnson was dumped after telling Angus Young the full extent of his hearing issues.

“[Brian] said that he called and let [AC/DC and Young] know, ‘Hey this is what the doctor said, but let’s try to figure this out. I don’t think it’s as bad as he said it is.’ Literally the next day in the press, it was ‘Brian Johnson, tour cancelled, he’s losing his hearing.’” Breuer revealed.

“[Brian said] ‘I would really like to finish and do some shows. I think we can knock this out.’ Then all his luggage that he toured with showed up at his driveway. There’s been no calls. No, ‘How’s your hearing? How’s your health?’ Boom. ‘Here’s your [stuff], nice to know you.’”

Breuer said Johnson was “depressed” about the situation.

“I’ve never seen him down before. He was upset that he feels like he kind of got kicked to the curb,” Breuer said.

The 10 postponed Rock Or Bust US tour dates will be rescheduled later in the year, but it is unknown who will take over vocal duties, with a guest vocalist said to be likely at this stage.

Here is the Podcast link: