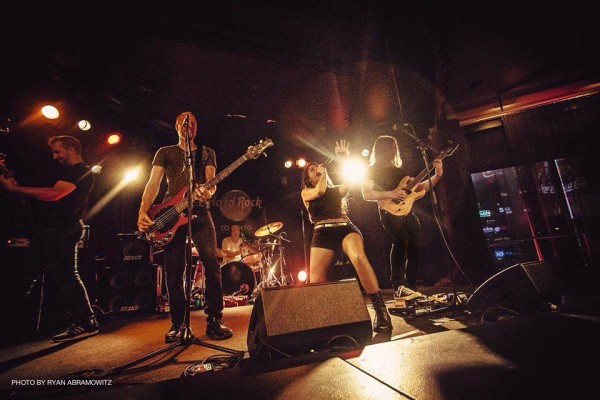 I’m Ashley. I sing in a rock band called AFFINITY. We are from Toronto,
and you can find us online at:

For me personally, I love Foo Fighters. Dave Grohl specifically. Hes a kick ass front man and songwriter. I just am always in awe when I see them live. We love covering Foo songs. I also am really inspired by female fronted rock bands like Evanescence and even old school bands like No Doubt. Strong female voices are always inspiring.

Focus on writing great songs. Everything else will follow.

I think I took the advice eventually. It’s the same advice I just gave. Focus on the songs. Its all about the songs. Work on your craft and talent of course, but write the best songs you can that really mean something to you and make you want to play them over and over and over. That addictive feeling translates.

Greatest – opening for INXS and Theory of a Deadman at Bayfest in Sarnia a few years ago. It was unreal. Such a huge ass stage, and we just got up there…with zero expectations from anyone..and we killed it. It was one of the best days of my life and I was like yes…this is what I want to do!

Worst – ummm. We got rained out at a University show once. Brutal. It was 4 degrees, and pouring rain. No cover for the stage.

I would love to say sitting in the dark eating Cheetos lol! But no…I study psychology. Very interested in that. I’ll actually have my PhD pretty soon. So you can call me Dr. Rockstar 😉 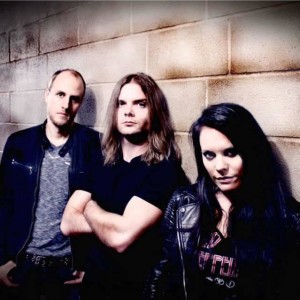 I turn on the radio and get annoyed sometimes, because there is a lack of real rock bands. By that I mean real instruments and edgy loud voices. You hear a lot of “rock” songs that seem to be more electronica to me. It’s not that I have anything against different types of music. I love pop music, some r n b stuff. But what people think is rock today isn’t what I think it is. I like heavy loud guitars and drums. I do think rock is making a comeback, and I’m happy to be part of that. Our new record is full on rock, and we could not be more excited.

I think these shows have allowed a lot of people to get the exposure to do something great, and get their music heard on a worldwide stage. So you can’t knock that. And I think being on a show like that is super stressful. You are being judged every time you sing and criticized by millions. So props to them for having the balls to do that. Someone like Carrie Underwood or Kelly Clarkson..would they have “made it” anyway without the help of American Idol? Probably not. Cause its tough out there to get your music heard. But I do think that you shouldn’t look to shows like that as a standard of what it takes to make it in the music industry. If you stay true to yourself and work really really hard and write amazing songs and kill it live, I think the rest will honestly follow. You don’t just “make it” overnight. It takes a lot of years, a lot of work..alot of picking yourself up again and reworking songs.

I really don’t care how you listen to my music. If you listen and spread the word about AFFINITY and come to a show, I’m really happy.

Chris – can lift 300 pounds over his head…with one hand

Mack – is secretly an amazing painter

I don’t know. I never watched this show. The professor?? I’m going with the professor.

I do know what a vinyl album is haha! Come on…. But I was of the day of CDs, so I never bought a vinyl myself. My parents did have a record player and I think they had an Eagles record that we used to play when we were kids.

No. I’m stranded on the island. I’m not really feeling the Tom Hanks in Castaway vibe. People will come look for the Biebs.

Real vocals. Who wants to hear the tracks? Why would I even go to the concert?

This band we just covered – PVRIS. They are blowing up. Great songs. Amazing voice (the frontwoman, Lynn Gunn)

Foo Fighters are def my favorite all time.

I love Audioslave. Anything Chris Cornell does really.

I have a twin sister who lives in California. I can’t reveal if she’s ever done one of our shows before in my place…it’s a mystery 😉

2) Spinal Tap. Dear god I love this movie and still laugh out loud at nearly every scene.

Get ready for our new record. And Turn it up to 11!