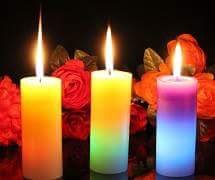 The horrific shooting in Orlando by another radical islamic believer… Have we had enough? What is our problem? Are we too tolerate or politically  correct? Should we profile? Should we ban assualt weapons? Should we just hope and pray for peace? Japan bombed Pearl Harbor in 1941, our Government set up housing camps to keep us from being attacked by Japanese  that were living on our shores… Was that right? Was it wrong? Did it stop anymore attacks on our soil by the Japanese? Yes it did. Was it politically correct? Of course not but it was an action that was taken to prevent more American deaths by sympathizers.  It gave America time to get a handle on the situation. I am not saying we should do this but what are our options? Arm ourselves to the teeth?Turn in our weapons? Just accept our fate? We have President that is worthless and appears to be a coward.Discuss please.