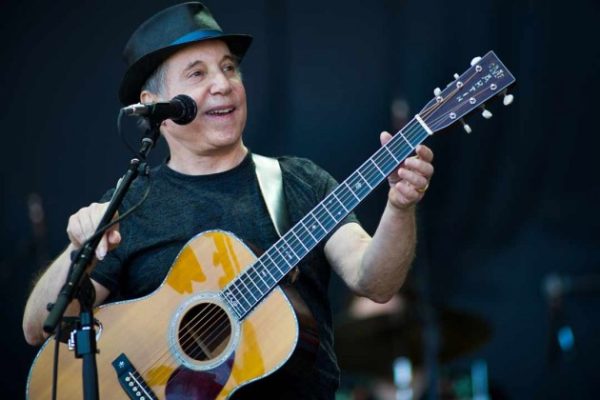 This guy has written so many classic songs and many are considered “standards” now. Songs that are used at weddings to funerals to Divorce parties…”Bridge Over Troubled Waters”, to “50 Ways to Leave your Lover”.Not to mention “Sounds of Silence” and many others. The guy is a genius.

Paul Simon is riding the coattails of a well-received new album, but that doesn’t mean certain realities haven’t become clear for the 74-year-old.

“You’re coming towards the end,” he admits in a new talk with the New York Times. And, to a large degree, Simons seems okay with that. “Showbiz doesn’t hold any interest for me,” he added. “None.”

Simon said his voice, though still strong, often needs days of rest, and the songs don’t come as easily as they used to. He recognizes the changes brought on by age and by celebrity. “I’ve seen fame turn into absolute poison when I was a kid in the ’60s,” he noted. “It killed [Elvis] Presley. It killed [John] Lennon. It killed Michael Jackson. I’ve never known anyone to have gotten an enormous amount of fame who wasn’t, at a minimum, confused by it and had a very hard time making decisions.”

Should he decide to end it here, Simon’s current tour would provide a nice moment of symmetry. His North American dates conclude with a two-night stand on June 30 and July 1 in Queens, where Simon grew up and met another boy named Art Garfunkel along the way.