What a great timeless song! The interview is a great piece and a rare look at the real story of how the song came to life! 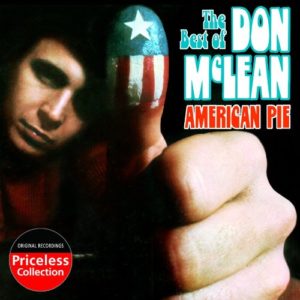 “The big thing that happened was in 1969, I think it was. I had worked my way up and was playing the Newport Folk Festival, which was the biggest thing in the world you could ever do in those days. The Everly Brothers were there, and they put on a sensational rock ‘n’ roll show. They just blew all those folkies right out of their seats. Afterwards, they were standing together, and they seemed very approachable. I went up to Phil Everly and said, “You knew Buddy Holly, right?” He had a little raspy voice—”Yes, I knew Buddy.” He talked like that. I asked him, “So what happened?” He said, “Well, Buddy stayed behind to do his laundry.”

I said to myself, “Oh, my God… ” Suddenly, everything snapped into place. It was like Buddy Holly was a real person. Everything that I had known about him was all fixed in legend, but suddenly I realized he had dirty laundry, and he had to get this plane to catch up with the tour.”