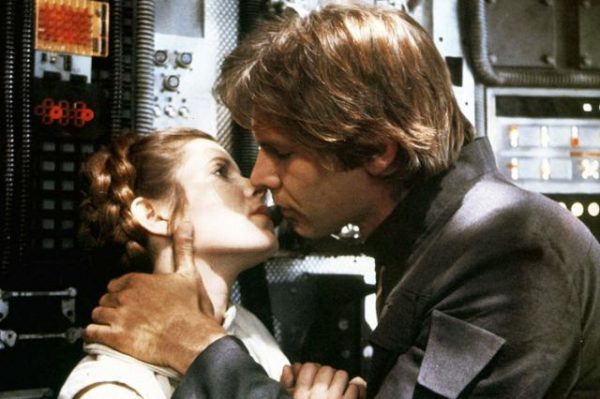 After all these years Carrie Fisher has finally has admitted that her and her co star Harrison Ford did the “Star Wars Nasty” while filming the original movie! I wonder is she wore that slave outfit ( I know it was in the third movie but can a guy dream)?? GRRRRRR;-) Nerds everywhere are brokenhearted but the hero really did get the girl in the end… 🙂

“I looked over at Harrison. A hero’s face — a few strands of hair fell over his noble, slightly furrowed brow,” she writes. “How could you ask such a shining specimen of a man to be satisfied with the likes of me?”